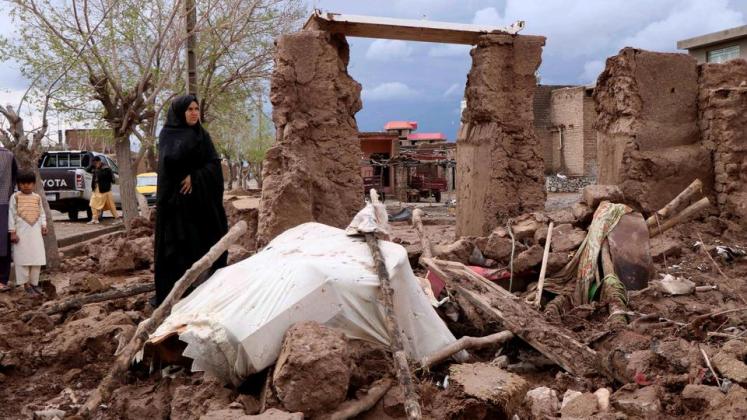 Flash floods caused by heavy rains have killed at least 35 people in Afghanistan, washing away houses and cutting off access to remote villages across parts of the country, officials said Saturday.

Eight people were killed in Badghis province in the west and five in Balkh province in the north, Bahaduri told AFP, adding that more than 3,000 houses had been destroyed.

In Herat, 10 districts and some parts of Herat city were impacted, said Jailani Farhad, spokesman for the province’s governor.

“Hundreds of houses have been destroyed and thousands displaced,” he said.

Mir Gulabuddin Miri, director of the Afghan Red Crescent in Herat, said access to some areas had been cut off, preventing teams from reaching affected people.

“The destruction is huge. Over 12 areas in the province have been badly hit, people have lost their houses. We’ve only been able to provide them with some food and blankets so far,” he said.

Aid workers in the northern provinces of Faryab and Balkh have also been struggling to deliver humanitarian assistance to affected families.

“We have dispatched our food and non-food assistance for the affected families, but the scale of the disaster is massive. We need more humanitarian assistance,” an ANDMA spokesman in northern Afghanistan told AFP.

Rescue and aid delivery efforts after disasters such as avalanches and flash floods — which often hit as snow melts in the spring — are frequently hampered by a lack of equipment in Afghanistan.

Earlier this month, at least 20 people were killed by flash floods caused by heavy rains that swept away thousands of homes and vehicles in southern Kandahar province.