It wants to increase number of female peacekeepers 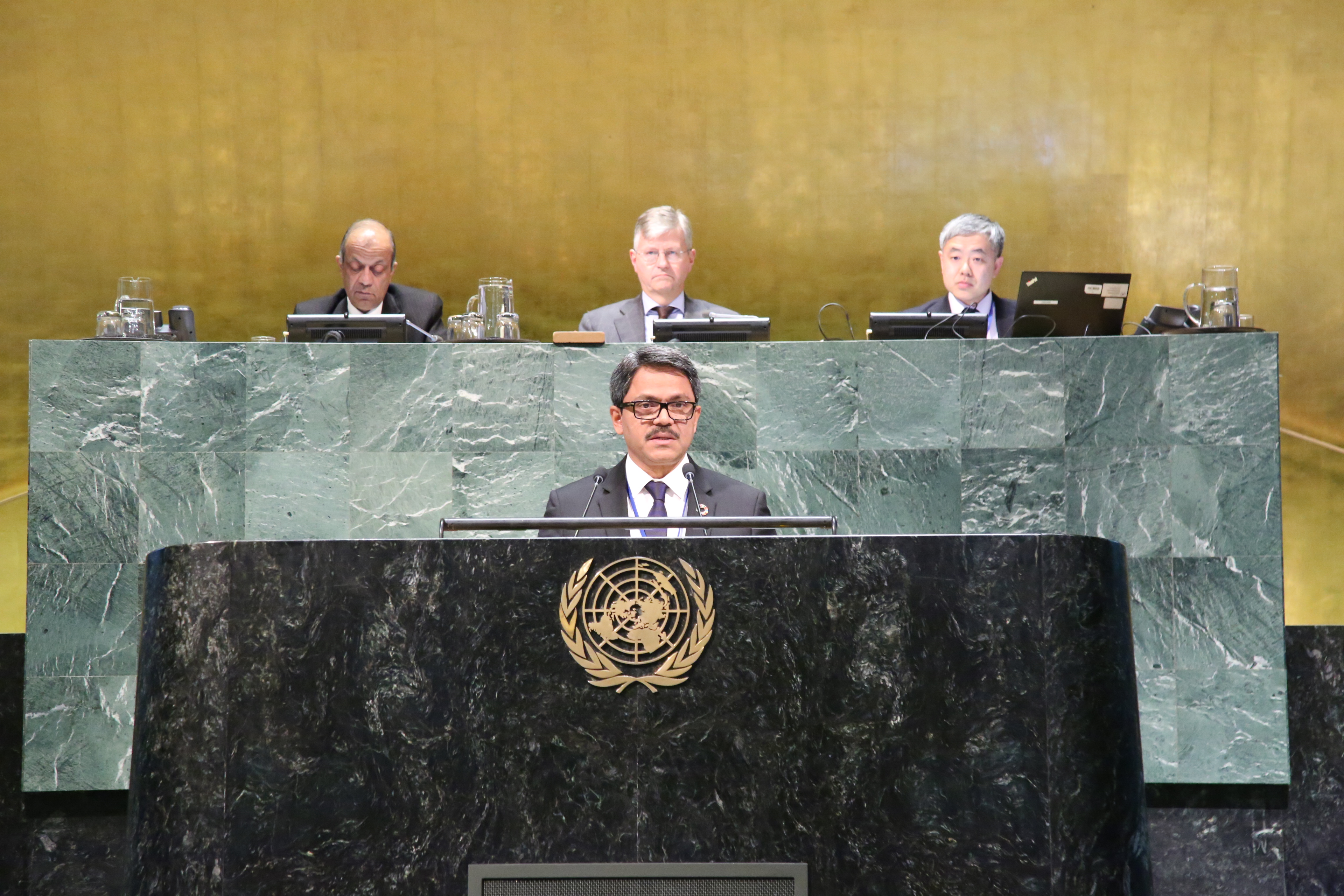 The pledged 26 PCRS components to UN include 9 components from Army,6 from Navy, 3 from Air force and 8 from Police.

Bangladesh is one of the largest contributors to UN peacekeeping operations and it first deployed uniformed personnel to serve with the Organization in 1988 when they were deployed to help monitor the armistice between Iran and Iraq.

Over the past three decades, according to the UN, the contributions of these brave men and women in the countries in which they serve have been immense.

In addition, Bangladesh has also pledged a unit for operational-level Unmanned Aerial Surveillance (UAS) in partnership with the United States.

“We’ve also demonstrated our commitment by contributing to the norms setting part of the peacekeeping including through our active participation in Action forPeacekeeping Agenda and in other parallel processes like C-34,” said the State Minister.

Mentioning the atrocity crimes committed against civilians during our Liberation War in 1971, the Sate Minister said, “We endorsed the Kigali Principles on Protection of Civilians (PoC). We’ve incorporated a strong and comprehensive PoC component in our peacekeeping training with in-builtdemonstration and tabletop exercises.”

Shahriar mentioned Bangladesh’s ‘zero tolerance’ policy to sexual exploitation and abuse in the UNPeacekeeping and reaffirmed Bangladesh’s commitment for increasing the number of femalepeacekeepers to achieve the target set by the UN.

The State Minister saidBangladesh has been supportive to the women, peace and securityagenda of the UN since leading the adoption of the Security Council resolution 1325.

“We’re currently developing a national action plan to empower women in playing their natural role as peacemakers,” he said.

The State Minister stressed on the importance of adequate resources and critical enablers to ensurethe safety and security and also the performances of the peacekeepers. He enumerated Bangladesh’srecent supplies of modern vehicles and other peacekeeping equipments in several UN Mission.

Shahriar highlighted Prime Minister Sheikh Hasina’s commitment to UN’s Peacekeeping Operation which comes from the Foreign policy guidelines as enshrined in the Constitutionand the vision of our Father of the Nation Bangabandhu Sheikh Mujibur Rahman for a peaceful world.

The Bangladesh delegation to the Peacekeeping Ministerial is composed of senior officials from Bangladesh’s armed forces, Bangladesh’s police and Ministry of Foreign Affairs, according to Permanent Mission of Bangladesh to the United Nations.