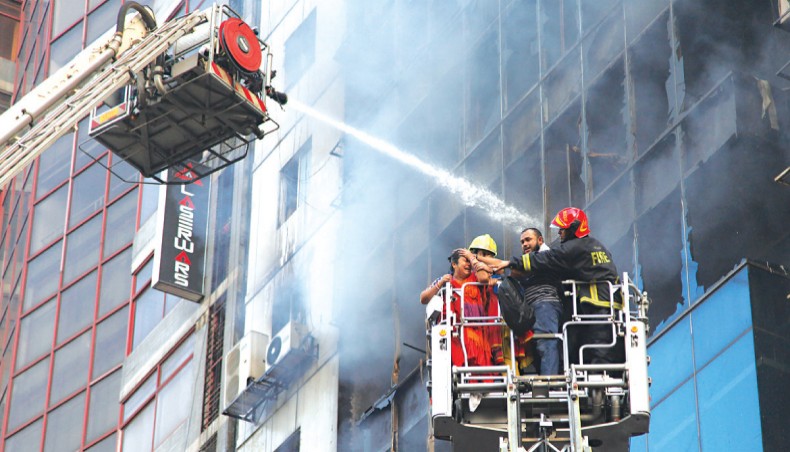 Another victim of the fire at FR Tower in Dhaka’s Banani succumbed to his injuries at Combined Military Hospital (CMH) on Saturday morning, raising the death toll from the blaze to 26.

The deceased was identified Hena Mostafa Kamal (41). He was the senior executive of the Heritage Air Express Travel Agency on the 11th floor of the tower.

Earlier,a fire broke out at FR Tower on Thursday and led to the deaths of 25 others. At least 50 people had been admitted to several local hospitals with injuries.