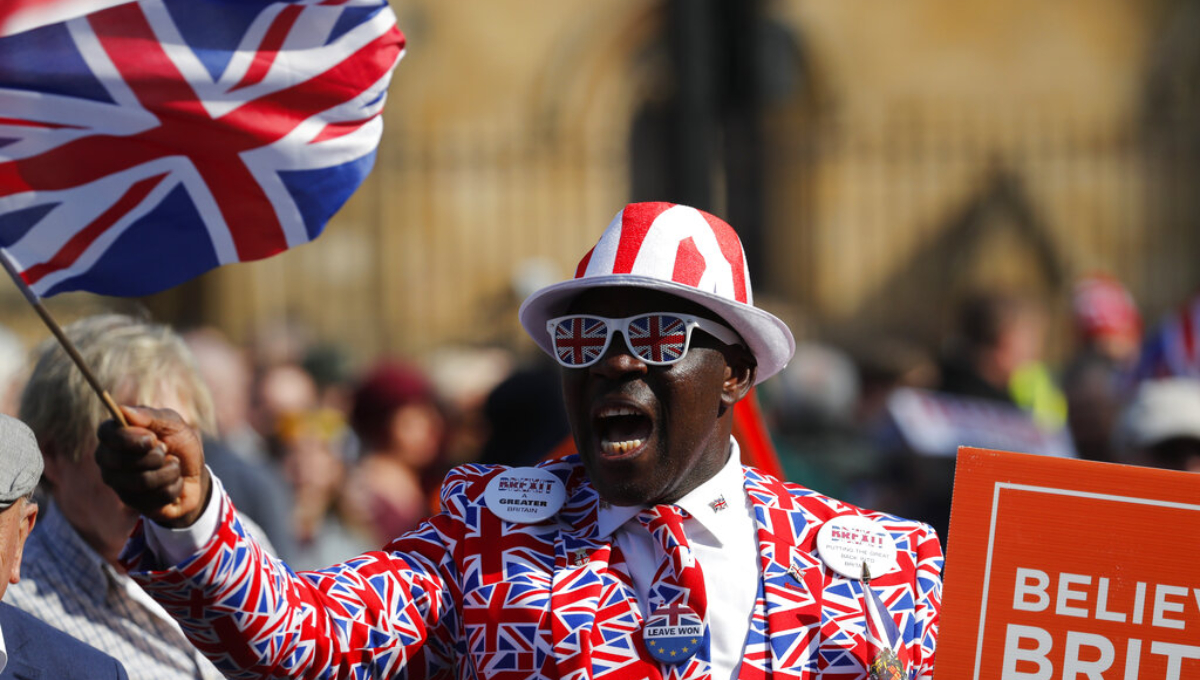 London, Mar 29 : U.K. lawmakers on Friday rejected the government’s divorce deal with the European Union for a third time, leaving the date and terms of the U.K.’s departure from the bloc uncertain.

The House of Commons voted 286-344 against the withdrawal agreement struck between Prime Minister Theresa May and the EU.

It follows defeats by even wider margins in January and March, and leaves the government’s blueprint for exiting the bloc in tatters.

Britain now has until April 12 to tell the EU what it plans to do next. It must either cancel Brexit, seek a longer delay or crash out of the bloc without a deal.

U.K. lawmakers plan to hold a series of votes Monday in an attempt to find a new plan.

Almost three years after Britain voted in June 2016 to leave the EU, British politicians remain deeply gridlocked over Brexit. May had urged divided legislators to support the deal and finally break an impasse that has left Britons uncertain when, or even if, the country will leave the EU.

She had asked the lawmakers “to put aside self and party … accept the responsibility given to us by the British people.”

But the deal still was voted down, even after May sacrificed her job for her deal, promising to quit if lawmakers approved the Brexit deal and let Britain leave the EU in May.

Some previously resistant Brexit-backers had moved to support the deal. Former Foreign Secretary Boris Johnson — a likely contender to replace May as Conservative Party leader — tweeted that rejecting it risked “being forced to accept an even worse version of Brexit or losing Brexit altogether.”

The Democratic Unionist Party in Northern Ireland, with 10 seats in the House of Commons, has refused to back the agreement because it treats Northern Ireland differently from the rest of the U.K.

Parliament voted on the legally binding, 585-page withdrawal agreement that May agreed upon with the EU late last year. It sets out the terms of Britain’s departure — including its financial divorce settlement with the EU and the rights of EU and U.K. citizens after Brexit — but not a shorter declaration on future ties, which is also part of the agreed-upon divorce deal.

The EU confirmed Friday that a U.K. Parliament vote to pass the withdrawal agreement alone was “necessary and sufficient” to secure Britain’s orderly departure on May 22.

Removing the political declaration from the Brexit vote altered the deal enough to overcome a parliamentary ban against asking lawmakers the same question over and over again.

May also hoped severing the link between the two parts of the deal would blunt opposition — although there was little sign of that.

Labour Party Brexit spokesman Keir Starmer said removing the political declaration from the vote made Brexit “blind, because you don’t know where you are going, now the prime minister has said she is stepping down.”

“So, the political declaration, the future relationship, is going now to be determined in a Tory leadership exercise,” he said.

Two years ago, Britain triggered a two-year countdown to Brexit, with the departure date set for March 29, 2019.

That date has arrived and the U.K. is at an impasse that has frustrated EU politicians trying to negotiate an exit agreement, and surprised observers around the world who had viewed Britain’s 1,000-year-old parliamentary system as a model of stability.

But with British politicians deadlocked over whether to approve a divorce deal, the EU last week granted an extension. Under its terms, if the withdrawal agreement is approved by 11 p.m. Friday U.K. time, Britain will leave the 28-nation bloc on May 22.

If it is rejected, Britain has until April 12 to announce a new plan — possibly holding a new Brexit vote or an early general election — or leaving the EU without a deal, risking severe disruption for people and businesses.

“We need to conclude this process now in a way that avoids a no-deal,” he said at a conference in London.

The EU has indicated it could grant Britain a longer delay to Brexit if it plans to change course and tack toward a softer departure. That would, however, require the U.K. to participate in elections for the European Parliament in late May.

Polish Prime Minister Mateusz Morawiecki said the bloc was open to extending the departure process by “six or nine or 12 months.”

The U.K. government has warned pro-Brexit politicians that rejecting May’s deal could see Brexit delayed indefinitely. International Trade Secretary Liam Fox said Friday was “the last chance we have to vote for Brexit as we understood it.”

The Brexit political morass has left Britons on both sides of the debate frustrated and angry. Some Brexit supporters, who had planned to be celebrating Friday, were protesting instead.

Retired charity worker Mandy Childs, one of a band of hard-core Brexit supporters walking across England to London under the slogan “Leave Means Leave,” said she felt “heartbroken.”

“To do that, promise the British people that and then say ‘Actually, no, we need to just put it back’ — absolute betrayal. And how dare she?”