It’s no accident, but killing: Housing Minister about Banani fire 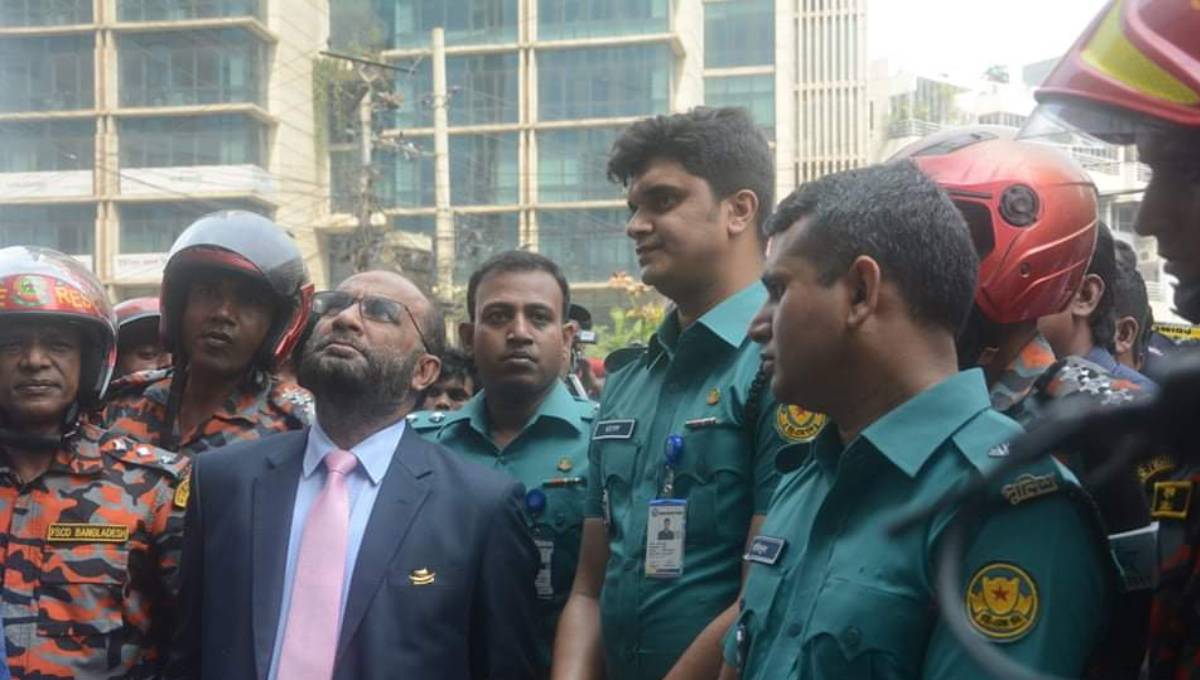 Dhaka, Mar 29 : Terming the Banani fire a killing incident not any accident, Housing and Public Works Minister SM Rezaul Karim on Friday promised that stern actions will be taken against those responsible for it, no matter how much influential they are.

“It’s not an accident, but murders. No one of those responsible for such a cruel carnage will be spared. Tough actions will be taken against them, no matter how much powerful they are,” he said.

Talking to reporters after visiting the fire-hit FR Tower, the minister also said, “The Prime Minister has directed us not to spare anyone responsible for the incident. Our ministry has also decided to take stern actions against them.”

He said a number of probe bodies have been formed to look into the Banani fire incident and punitive actions will be taken against those responsible as per the existing law based on reports of the probe committees.

SM Rezaul Karim said the FR Tower was built violating rules. “Permission was given only for an 18-storey building, but a 22-story building was constructed illegally.”

Replying to a question, SM Rezaul Karim said they will also take actions if government officials’ involvement is found in illegal construction of the building.