Criminal case to be filed in Banani fire that killed 25 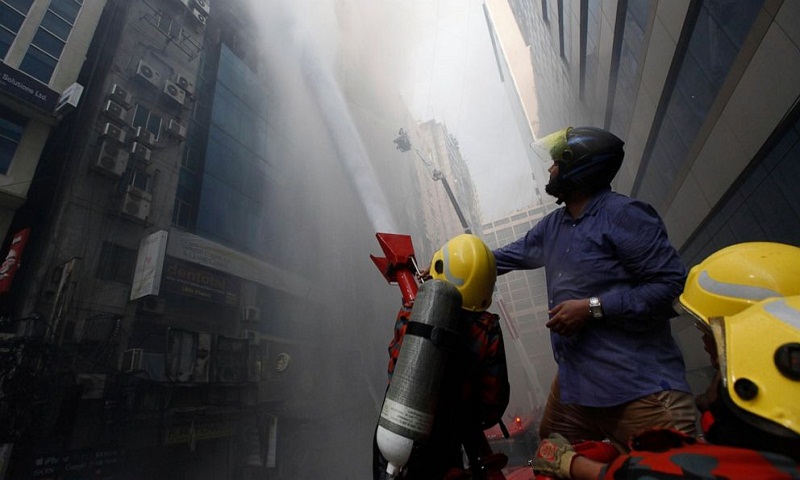 A Bangladeshi housing official said Friday criminal charges would be filed against the owner of a building where a fire killed 25 people and which had four upper floors constructed illegally.
Minister for Housing and Public Work S.M. Rezaul Karim also pledged to take action against officials in his ministry if they were guilty of wrongdoing associated with allowing the added floors or other violations.

The blaze that burned for several hours Thursday trapped people inside the building, some shouting for help from windows on upper floors and the roof. By Friday morning, no smoke was visible at the FR Tower on a busy avenue in Dhaka’s Banani commercial district.

Mostak Ahmed, a deputy commissioner of Dhaka Metropolitan Police, told The Associated Press on Friday that the death toll rose to 25 with all but one identified. Based on information provided by relatives, no one appeared to still be unaccounted for, he said. “Still we are checking, if someone comes to us we will verify,” he said.

The fire injured about 70 people, many of them now being treated at Dhaka Medical College Hospital’s burn unit.

How to fight anxiety by eating right