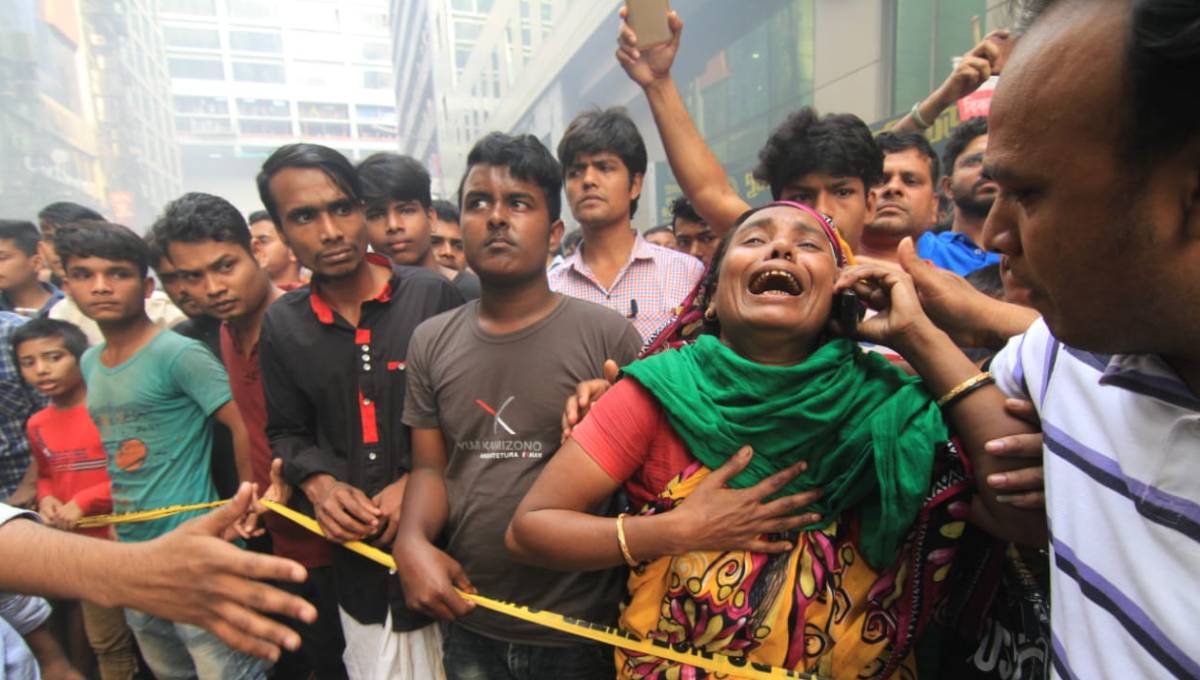 Photo: The death toll from Banani fire jumps to 25.

Dhaka, Mar 29 : The death toll from the devastating fire at FR Tower in the city’s Banani area rose to 25 as six more bodies were recovered from the spot on Friday morning.

Talking to reporters at the spot Mustaq Ahmed, deputy commissioner (Gulshan division) said the death toll from the incident rose to 25 till Friday morning and the firefighting units are continuing the salvage operation.

Meanwhile, Bachchu Miah, in-charge of Dhaka Medical College and Hospital (DMCH) police camp, said ten bodies have been handed over to the family members of the deceased till Friday morning.

The fire broke out around 12:45 pm on the fifth floor of the 22-storey FR Tower at 12:45 pm on Thursday and 20 firefighting units  brought the blaze under control around 4:45pm.

Fire Service officials said at least 70 others were injured in the incident. Forty one of the injured were admitted to Kurmitola General Hospital, 23 to United Hospital, four to DMCH and the rest to other hospital.

Sylhet Hi-Tech Park likely to be costlier by Tk 17.15 crore