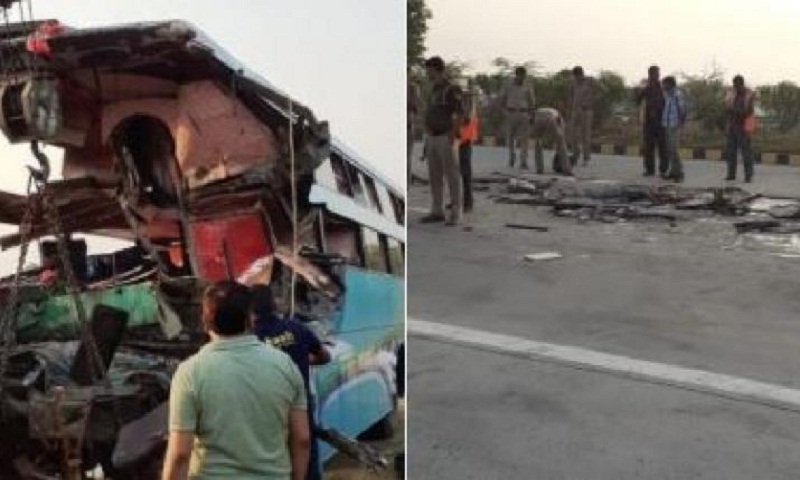 Eight people were killed on Friday morning when a privately operated bus rammed into a stationary truck on the Yamuna Expressway in Greater Noida of in Uttar Pradesh, officials said.
Another 20 people on board the bus were injured and rushed to a private hospital for treatment, police said.

“The bus was on its way to Noida from Agra. The incident took place under Rabupura police station limits around 5 am. The bus belongs to Auraiya depot. Eight people were killed and 20 injured in the incident,” police said in a statement.

Police personnel were present at the site of the accident and the victims were rushed to the nearby Kailash Hospital in Jewar, it said.

An official spokesperson in Lucknow said, “The chief minister has taken cognisance of the bus accident in Greater Noida  where eight passengers have died.”

“He has directed the district administration and the police to provide all assistance. The district magistrate and the senior superintendent of police are reaching the accident site,” the official said, report PTI.

UK leader May rolling the dice again on Brexit deal

Criminal case to be filed in Banani fire that killed 25