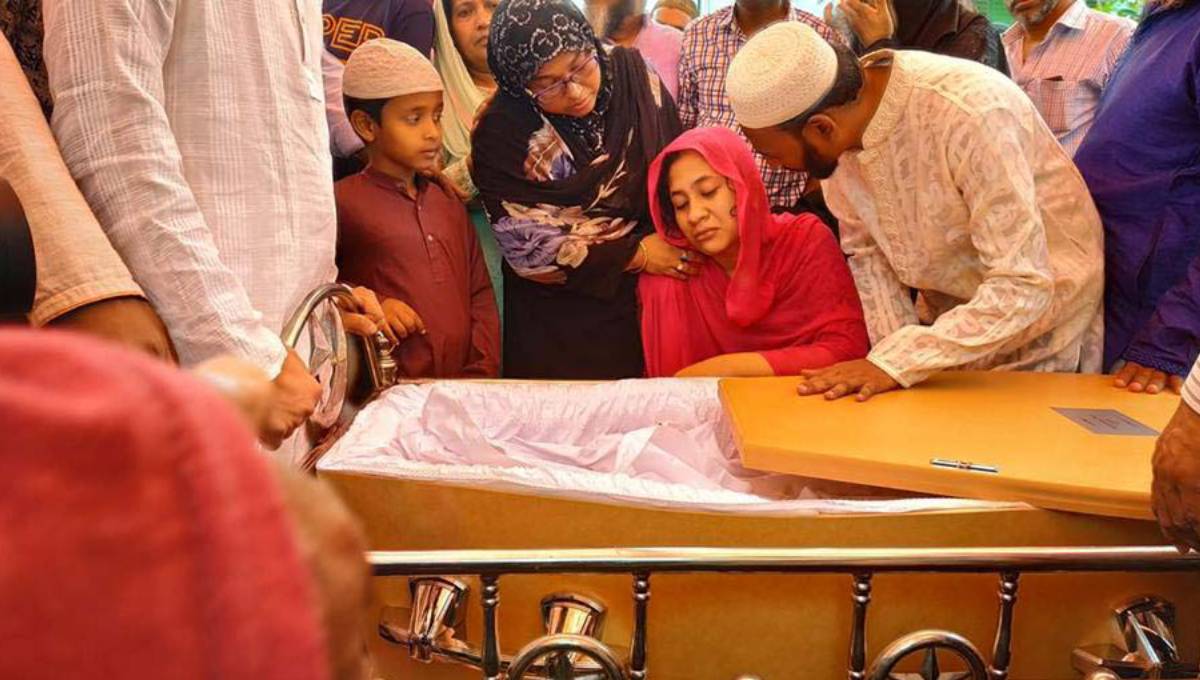 Dhaka, Mar 27 : Zakaria Bhuiyan and Omar Faruk, who were killed in the Christchurch mosque shooing in New Zealand on March 15, were laid to rest at their respective villages in Narsingdi and Narayanganj districts on Wednesday morning.

After completing formalities, their bodies were brought back home from New Zealand on Tuesday night.

Zakaria was laid to rest at his family graveyard at Joypura village in Narsingdi at 11 am following a namaj-e-janaza at the Eidgah field in the village.

Earlier on March 20, his wife Rina Akhter went to New Zealand to bring back his body.

Meanwhile, the namaj-e-janaza of Faruk was held at Siraj-ud-Doula Club field in Bandar area of Narayanganj around 10:30am and was buried at Bandar Graveyard.

Fifty people were killed in terror attacks on two mosques during Jum’a prayers in Christchurch on the day.

Among them, five deceased were identified as Bangladeshi citizen.

Croplands must not be destroyed: PM

May to quit once Brexit has been delivered