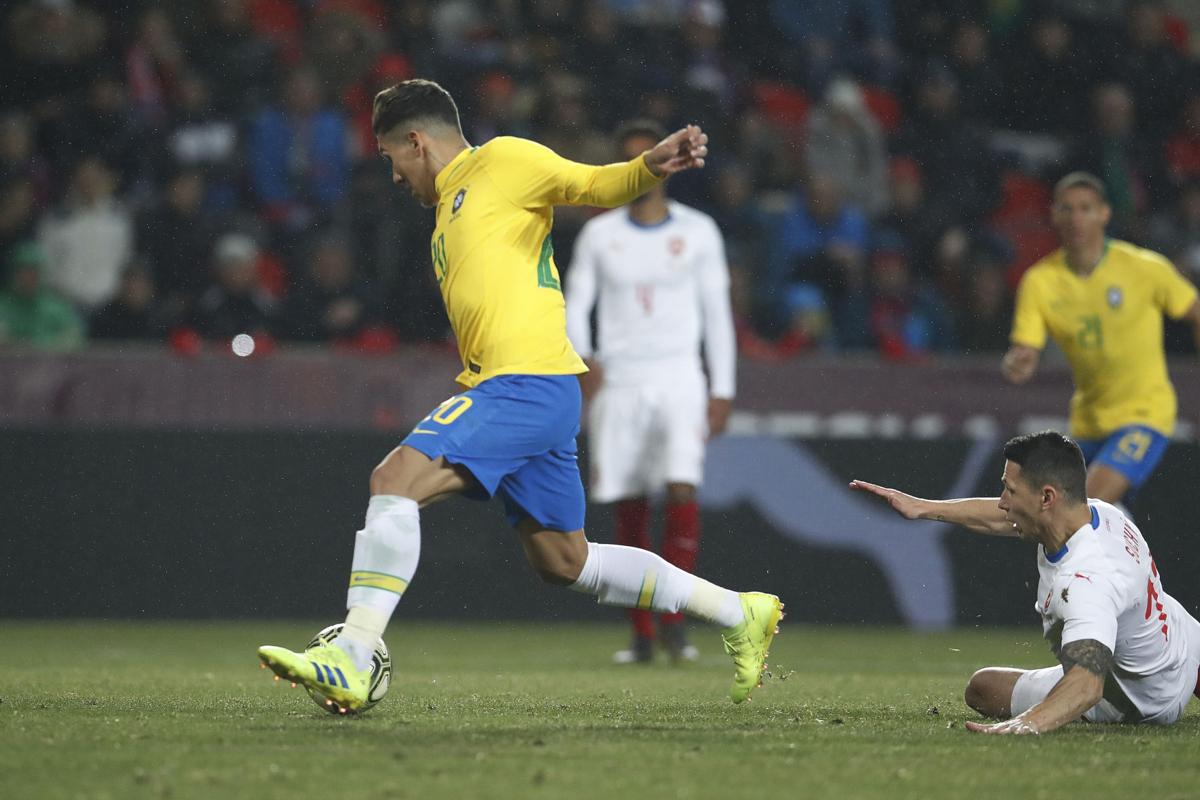 Prague, Mar 27 : Substitute Gabriel Jesus scored twice in the second half as Brazil came from behind to beat the Czech Republic 3-1 in an international friendly on Tuesday.

Roberto Firmino started the rally, equalizing four minutes into the second half as he capitalized on a defensive blunder and beat goalkeeper Jiri Pavlenka one on one.

Jesus then decided the game with goals in the 83rd and 90th minute for Brazil to rebound from a surprise 1-1 draw against Panama in another friendly on Saturday in Portugal.

David Pavelka put the Czechs 1-0 ahead with a low shot from outside the area past Brazil goalkeeper Alisson Becker in the 37th as the Czechs looked more dangerous in the first half despite coming off a 5-0 loss to England in European Championship qualifying on Thursday.

Preparing for the Copa America that Brazil will host in June, coach Tite made six changes to the starting lineup from Saturday’s game but they failed to boost his team in the first half.

“We were quite surprised by the aggressive play of the Czech team,” Tite said through a translator.

Star striker Neymar was not in Brazil’s squad as he recovers from foot surgery.