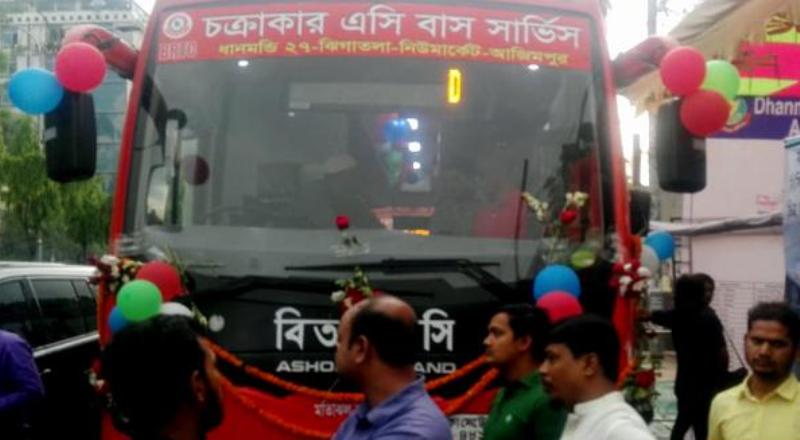 A modern circular bus route service has been launched between Dhanmondi and Azimpur in the capital in a bid to bring down traffic jam.

The service will run with some 20 air-conditioned BRTC buses initially, which will take and drop passengers from 36 points on a circular route, the mayor said after launching the service.

The lowest fare is Tk 10, from the first stop to the second, while the highest fare is set at Tk 30.