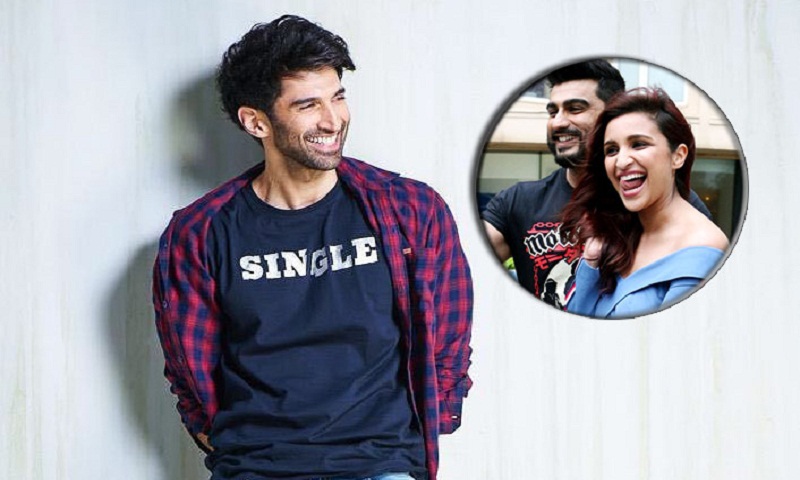 Actor Aditya Roy Kapur on Tuesday hinted that he is single, by posting a photograph of himself in a T-shirt which read “single”. As soon as he uploaded the image on Instagram along with a caption “the single life”, his friends from the film industry called him a liar.
Actor Arjun Kapoor wrote: “Chal jootha”, while actor Parineeti Chopra called Aditya’s caption a “big lie”. Even sister-in-law Vidya Balan, wife of Siddharth Roy Kapur, commented on the post, “Arre waah.”

Earlier this year, on Karan Johar’s Koffee with Karan season 6, Aditya said that he is not dating anyone and that he is just “chilling”. However, the buzz is Aditya has been dating Diva Dhawan.

So when filmmaker Karan asked him about his equation with Diva, Aditya had said, “She’s a lovely girl and an old friend. We met at a fashion show many years ago and we are good friends. We went out for dinner one night at this famous restaurant that everyone is going to nowadays. So we got papped and stories started.”

Aditya had made a late debut on Instagram in January this year. Talking about his experience on social media in an interview to HT, the actor had said, “There are so many people who welcomed me on Instagram. Someone wrote ‘Welcome to hell’, and I was like ‘What do you mean? You only wanted me to come here’. It seems a lot of people share a love-hate relationship with this platform.”

On being asked if he would join Twitter too, he had added, “Let me get used to Instagram first. I’m still taking lessons on that. I didn’t even have a Facebook account for the longest time. I don’t know if I have so much to say [to be] on Twitter. I’d rather go slow. But yes, I’m finding Instagram interesting.”

On the work front, Aditya will be next seen in movies Kalank and Malang, report Hindustan Times.