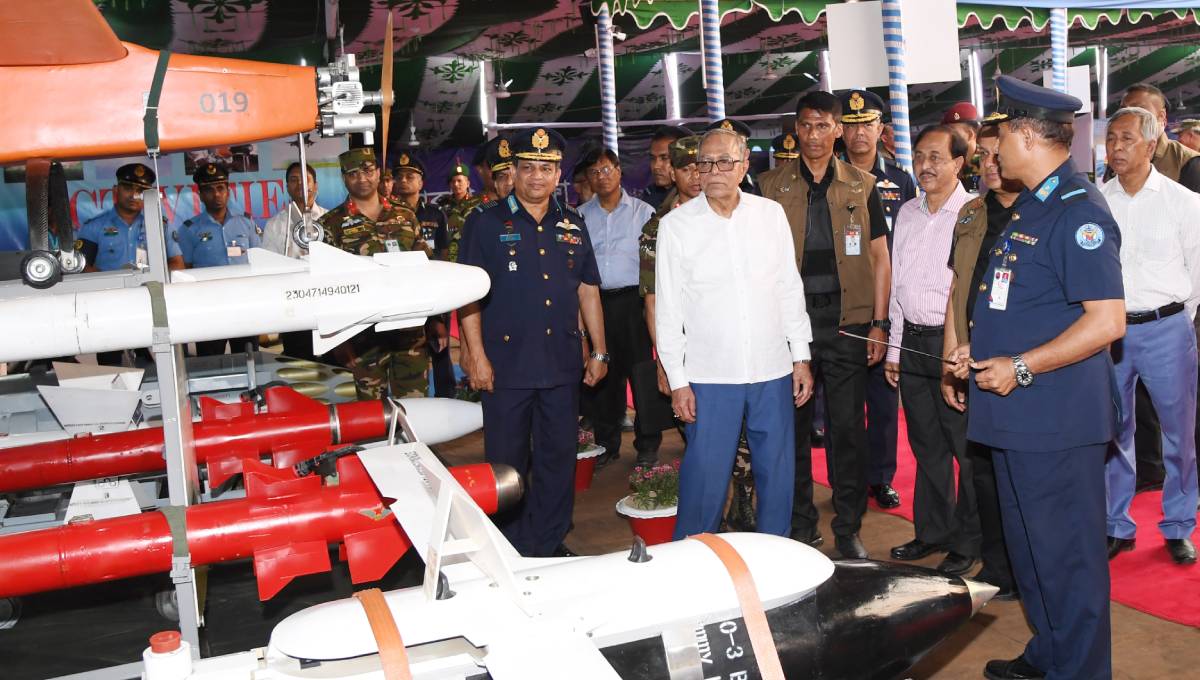 Bangladesh Army, Bangladesh Navy and Bangladesh Air Force are exhibiting their hardware, including weapons, at the eight-day display.

A spectacular fly-past by six BAF warplanes and landing of Armed Forces paratroopers from military helicopters marked the ceremony at the scene.

The President went round different stalls and pavilions set up by the three forces and witnessed various light and heavy weapons being used by the troops. At that time, officials concerned briefed him on the hardware.

Four of the stalls were specially designed to portray the Armed Forces’ contributions and bravery in 1971, their modernisation in the past 10 years during the Awami League government and their roles in UN blue helmet missions in different parts of the world.

Special programmes will be held at the exhibition for students of schools and colleges in the capital from 12 noon to 5:30 pm on March 30.

The display is expected to draw family members of the Armed Forces personnel and students of the schools and colleges run by the three forces from 12 noon to 5:30pm on the last day on March 31.

Civil and military officials as well as secretaries to Bangabhaban were present on the occasion.