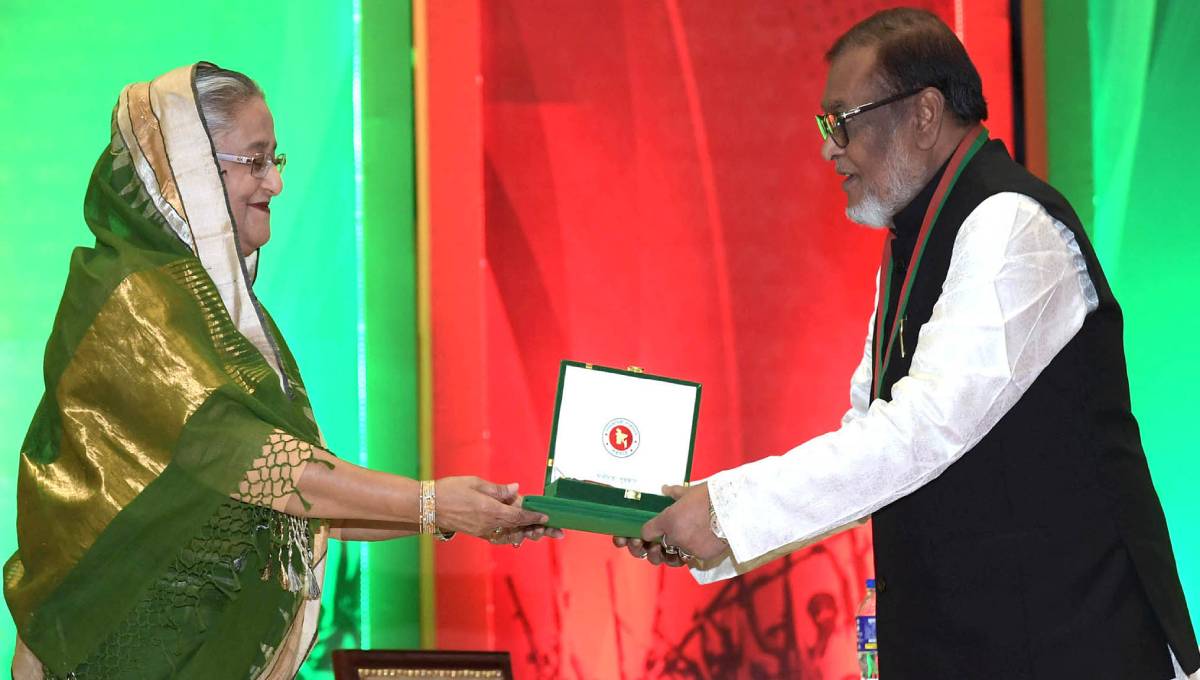 Dhaka, Mar 25 : Prime Minister Sheikh Hasina on Monday handed over the Independence Award, the country’s highest state honour, to 12 personalities and one organisation in recognition of their remarkable contributions to the nation.

The Prime Minister handed over the awards at a function at Bangabandhu International Conference Centre.

Bangladesh Institute of Nuclear Agriculture (BINA)received the award in Science and Technology category.

Cabinet Secretary MdShafiulAlam conducted the function and read out the citations of the Independence Award recipients with their brief life sketches.

Each award recipient was given a medal weighing 50 grams of gold of 18 karat, Tk 3 lakh and a citation.

Since 1977, Bangladesh has been honouring individuals and institutions with the award every year ahead of Independence Day on Mar 26.

Brexit: Cabinet to meet amid pressure on May