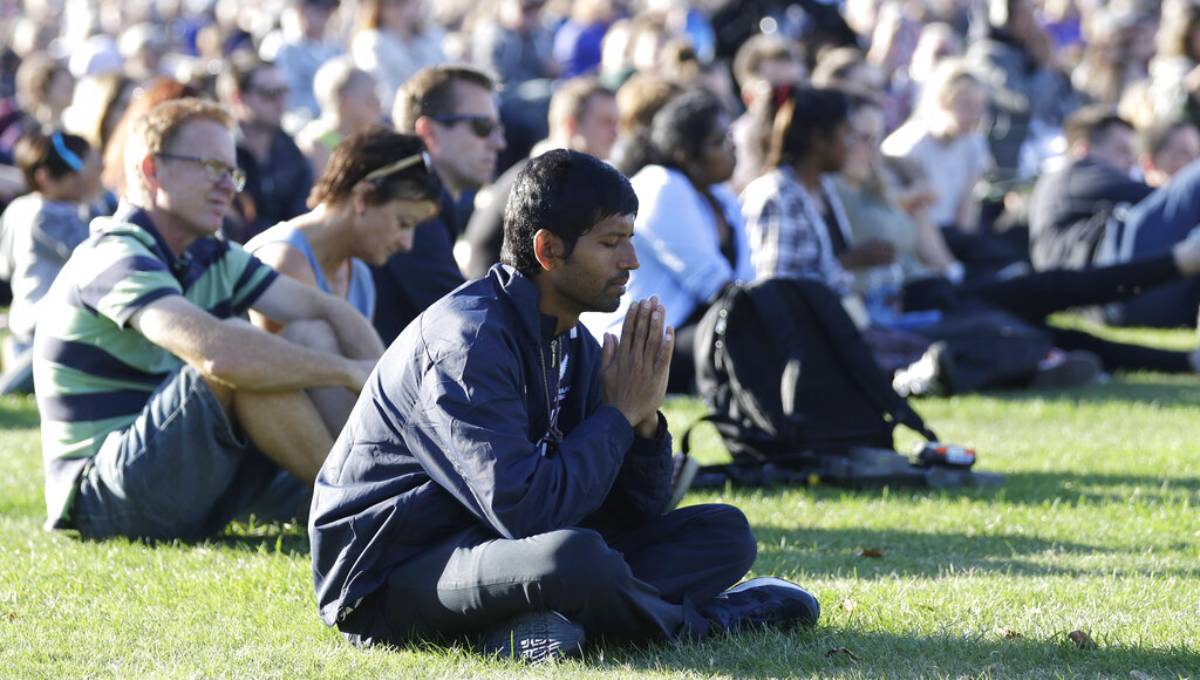 New Zealand, Mar 24 : Thousands of people have gathered in the New Zealand city of Christchurch to listen to prayers, songs and speeches at a vigil to remember the 50 people killed in a terrorist attack on two mosques.

One of those watching from a wheelchair was 21-year-old Mustafa Boztas, who was shot in the leg and liver during the March 15 attack at the Al Noor mosque.

Boztas says it was beautiful to see what the community had put together to show they care and that “we are all one.”

Officials estimate up to 40,000 people attended the event on a sunny Sunday evening at Hagley Park. It was held on a stage that had been set up for a concert by Canadian singer Bryan Adams that was cancelled after the attacks.