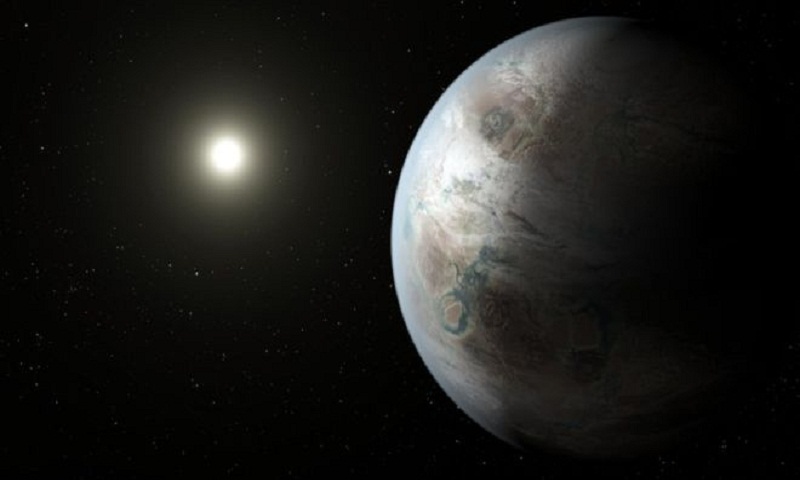 The number of planets detected around other stars – or exoplanets – is set to hit the 4,000 mark.
The huge haul is a sign of the explosion of findings from searches with telescopes on the ground and in space over the last 25 years.

It’s also an indication of just how common planets are – with most stars in the Milky Way hosting at least one world in orbit around them.

That’s something astronomers couldn’t be certain of just 30 years ago.

The Extrasolar Planets Encyclopedia, run by the Observatoire de Paris, has already passed the 4,000 mark.

Dr Françoise Roques, from the observatory, who is on the scientific board of the encyclopedia, told BBC News: “The great news is that we shift from a starry sky to a planetary sky, as there are more planets than stars.

“And also that the planetary systems have great diversity of structure, with planets orbiting zero, one, two… stars, or other planets.”

The Nasa Exoplanet Archive is 74 planets away from the milestone. But there are 443 planet candidates detected by Nasa’s Tess space telescope (launched in 2018) awaiting confirmation.

There are a further 2,423 candidates detected by the Kepler space telescope.

The latest exoplanet to be added to the Nasa archive was the Super Earth GI 686 b, which orbits a red dwarf star (a type cooler than our Sun) which was discovered using ground telescopes. It was added on 21 March.

The total number of confirmed planets differs between the two catalogues because of slightly different acceptance criteria – along with other factors.

The early technique of detecting new worlds by the “wobble” induced by a planet’s gravitational tug on its star yielded many giant planets known as “hot Jupiters”, which orbited close to their stars. These planet types were easier to detect using the wobble method.

Nasa’s Kepler space telescope was launched in 2009; it used a different technique known as the transit method to measure the dip in brightness as a planet passed in front of its host star. Kepler discovered hundreds of Neptune-sized planets and those that fell into a category known as Super Earths (those having a mass larger than Earth’s but below those of Neptune-sized planets).

Dr Roques said it remained a difficult task to distinguish between a type of star known as a brown dwarf and giant planets.

“Four-thousand is just a number as the frontier of the planet domain is uncertain,” she said.

“The only way to ensure the difference is to access its internal structure, which is a difficult/ impossible task.”

The first exoplanets were found around a pulsar – a highly magnetised neutron star – in 1992 by Aleksander Wolszczan and Dale Frail.

The initial discovery of a planet around a main sequence star – those that fuse hydrogen into helium within their cores – was made in 1995 by astronomers Didier Queloz and Michel Mayor.

Dr Roque explained: “For the field of exoplanet exploration, we [are going] from discovery projects to exploration projects, for a better understanding of the structure, formation, atmosphere and, of course habitability of exoplanets.”