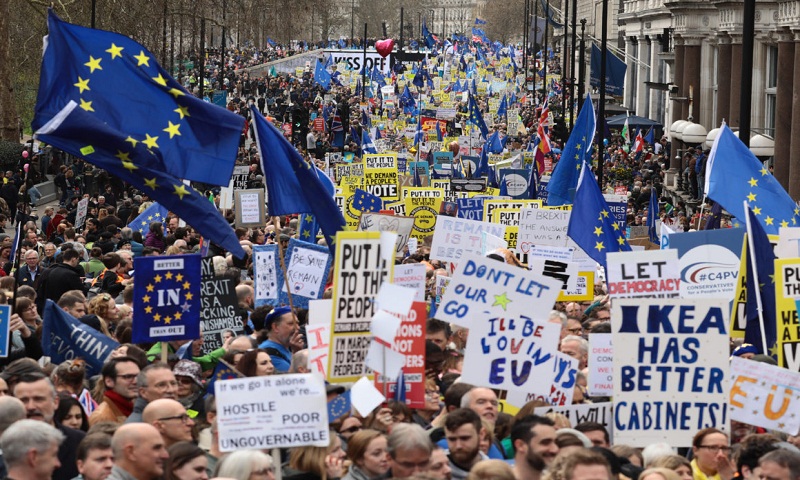 Hundreds of thousands of people have marched in central London calling for another EU referendum, as MPs search for a way out of the Brexit impasse.
Organisers of the “Put It To The People” campaign say more than a million people joined the march before rallying in front of Parliament.

Protesters carrying EU flags and placards called for any Brexit deal be put to another public vote.

On Thursday, European leaders agreed to delay the UK’s departure from the EU.

PM Theresa May is coming under pressure to quit after saying she might not put her Brexit deal to a third vote by MPs.

Crowds were told the initial count showed more than a million people had turned up – putting it on a par with the biggest march of the century, the Stop the War march in 2003.

More than 130 killed in Mali massacre as UN visits