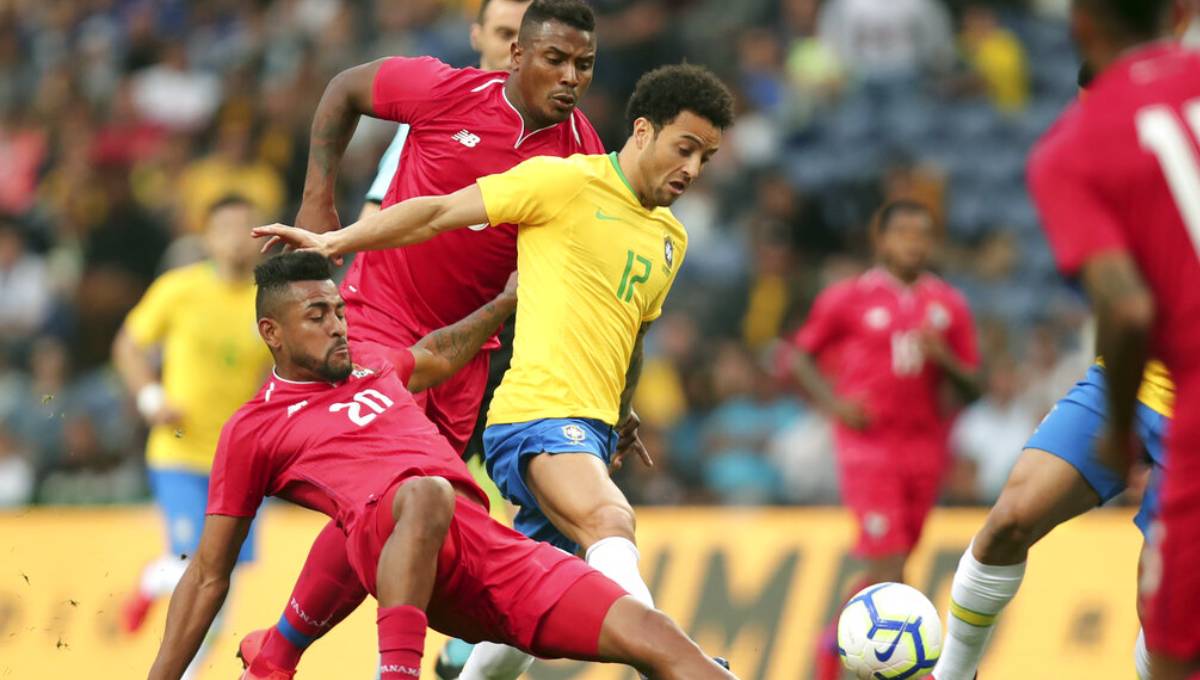 Photo: Panama’s Anibal Godoy, left, fights for the ball with Brazil’s Felipe Anderson during the friendly soccer match between Brazil and Panama at the Dragao stadium in Porto, Portugal, Saturday, March 23, 2019.

Portugal, Mar 24 : Brazil was held by Panama to 1-1 in a friendly played in Portugal on Saturday.

Lucas Paqueta opened the scoring for Brazil in the 32nd minute from a pass by Casemiro, only for Panama’s Adolfo Machado to equalize with a header four minutes later at FC Porto’s Dragao stadium.

Brazil midfielder Casemiro hit the crossbar midway through the second half.

Brazil will play the Czech Republic in Prague on Tuesday in another friendly.

Star striker Neymar is not on Brazil’s squad as he recovers from foot surgery.

The matches form part of Brazil’s preparation for the Copa America it will stage in June.