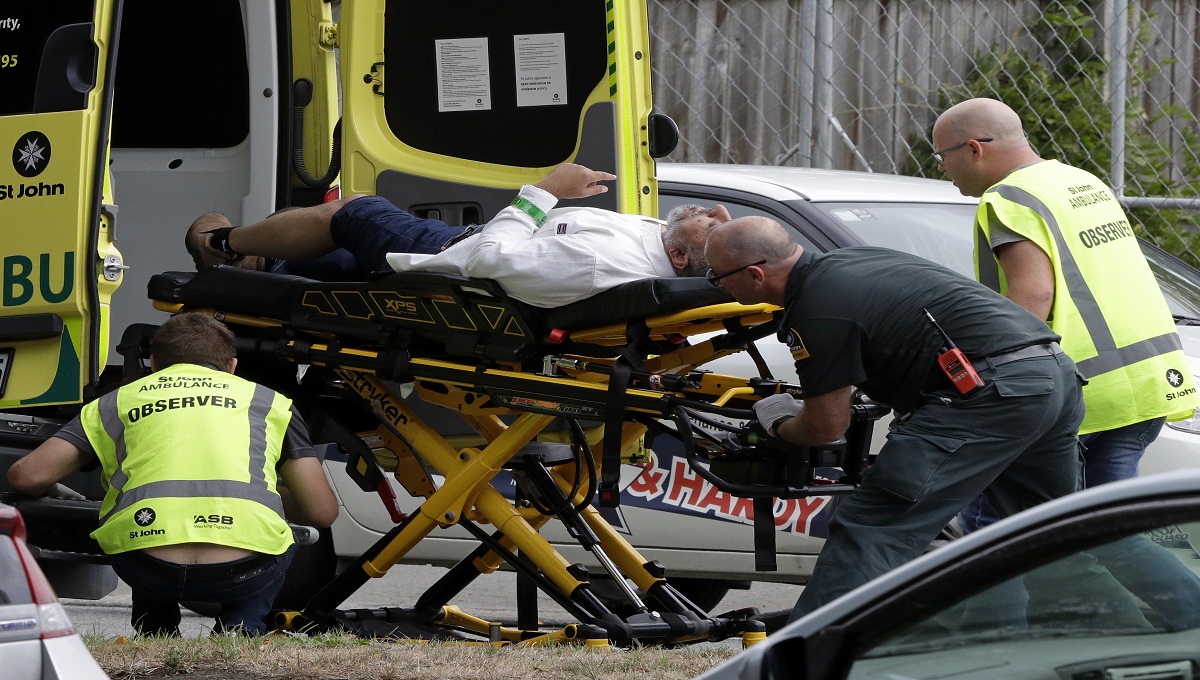 Photo : An armed police officer watches as a man is taken by ambulance staff from a mosque in central Christchurch, New Zealand, Friday, March 15, 2019. Multiple people were killed in mass shootings at two mosques full of people attending Friday prayers, as New Zealand police warned people to stay indoors as they tried to determine if more than one gunman was involved.

Dhaka, Mar 22 : Dr Abdus Samad, who was killed in the March 15 terrorist attack on a Christchurch mosque, was laid to rest in New Zealand on Friday.

Samad, a former Bangladesh Agricultural University teacher, taught at a local university. He was one of the five Bangladeshis killed in the attack.

His funeral was held with 39 other victims after Juma prayer, Samad’s elder son Tehan Mohammad said. Thousands of people took part in the namaz-e-janaza.

Fifty people were killed and dozens more were wounded in a terror attack on two mosques in Christchurch during Juma prayer.