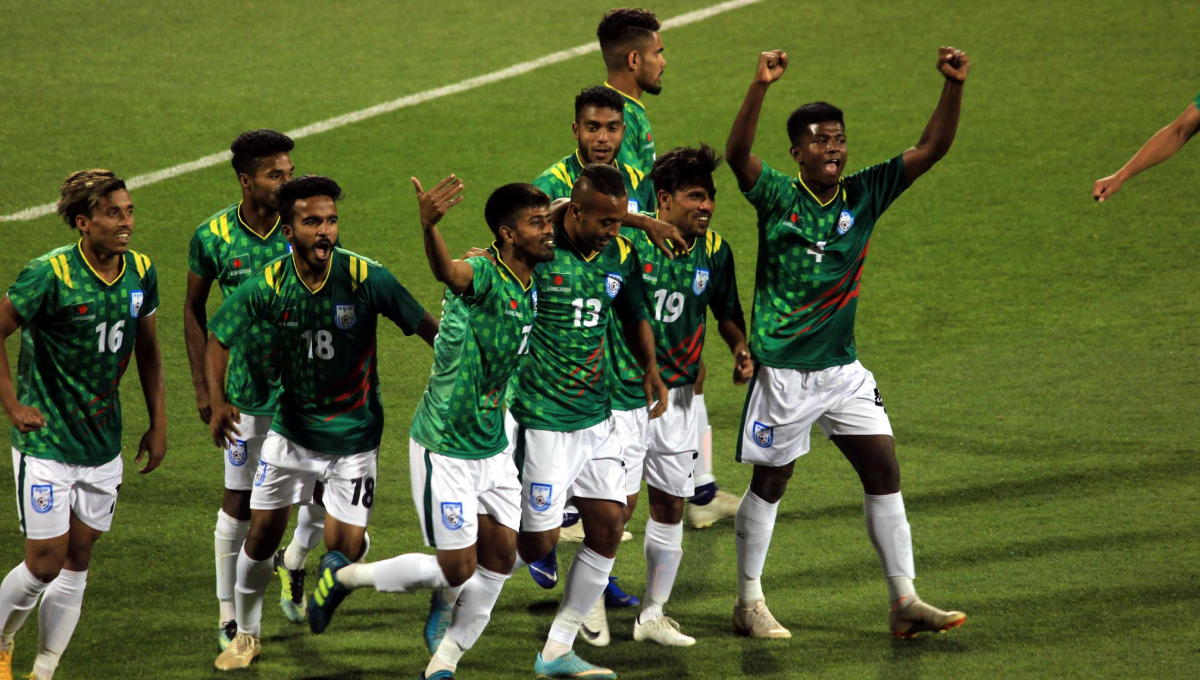 Rocky scored lone goal for Bangladesh in the 61st minute while Hasan Dad scored for the Al Arabi Club in the 37th minute from a penalty,

Bangladesh Youth team have been training in Qatar ahead of the AFC U-23 Championship Qualifiers beginning in Bahrain on March 22.

Touring Bangladesh team came to limelight beating Al Shahania Club of Qatar by 1-0 goal in their first practice match last Friday by the goal scored by Ashraful Islam after beating hosts Cambodia, also by 1-0 in the FIFA International Friendly in Phnom Penh recently.

Bangladesh team schedule to fly for Bahrain on Wednesday (March 20) to play the Group B matches of the AFC U-23 Championship qualifiers.