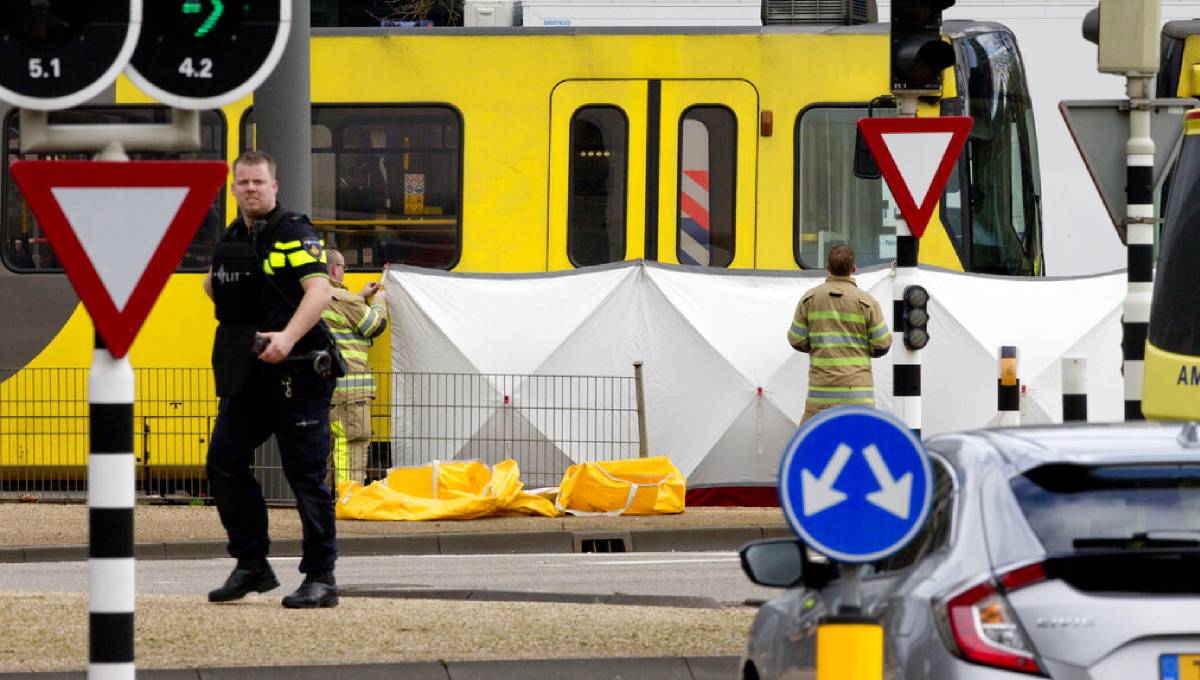 Photo: Rescue workers install a screen on the spot where a body was covered with a white blanket following a shooting in Utrecht, Netherlands, Monday, March 18, 2019.

Netherlands, Mar 18 : Dutch police were hunting down a suspect after a shooting Monday on a tram in the central Dutch city of Utrecht that left a dead body on the ground and multiple people injured, according to police.

Authorities immediately raised the terror alert for the area to the maximum level and said they are considering the possibility of a “terrorist motive” in the attack. Dutch military police went on extra alert at Dutch airports and at key buildings in the country as the Utrecht manhunt took place.

Police, including heavily armed officers, flooded the area after the shooting Monday morning on a tram at a busy traffic intersection in a residential neighborhood. They later erected a white tent over an area where a body appeared to be lying next to the tram.

Utrecht police said trauma helicopters were sent to the scene and appealed to the public to stay away.

Dutch Prime Minister Mark Rutte called the situation “very worrying” and the country’s counterterror coordinator said in a tweet that a crisis team was meeting to discuss the situation.

Police spokesman Bernhard Jens said no one had been detained yet in the shooting, and one possible “explanation is that the person fled by car.” He did not rule out the possibility that more than one shooter was involved in the attack.

“We want to try to catch the person responsible as soon as possible,” Jens said.

The Netherlands’ anti-terror coordinator raised the threat alert to its highest level around Utrecht. Pieter-Jaap Aalbersberg said the “threat level has gone to 5, exclusively for the Utrecht province.”

“The culprit is still on the run. A terror motive cannot be excluded,” he said in a Twitter message.