With old guard back, Real Madrid wins on Zidane’s return 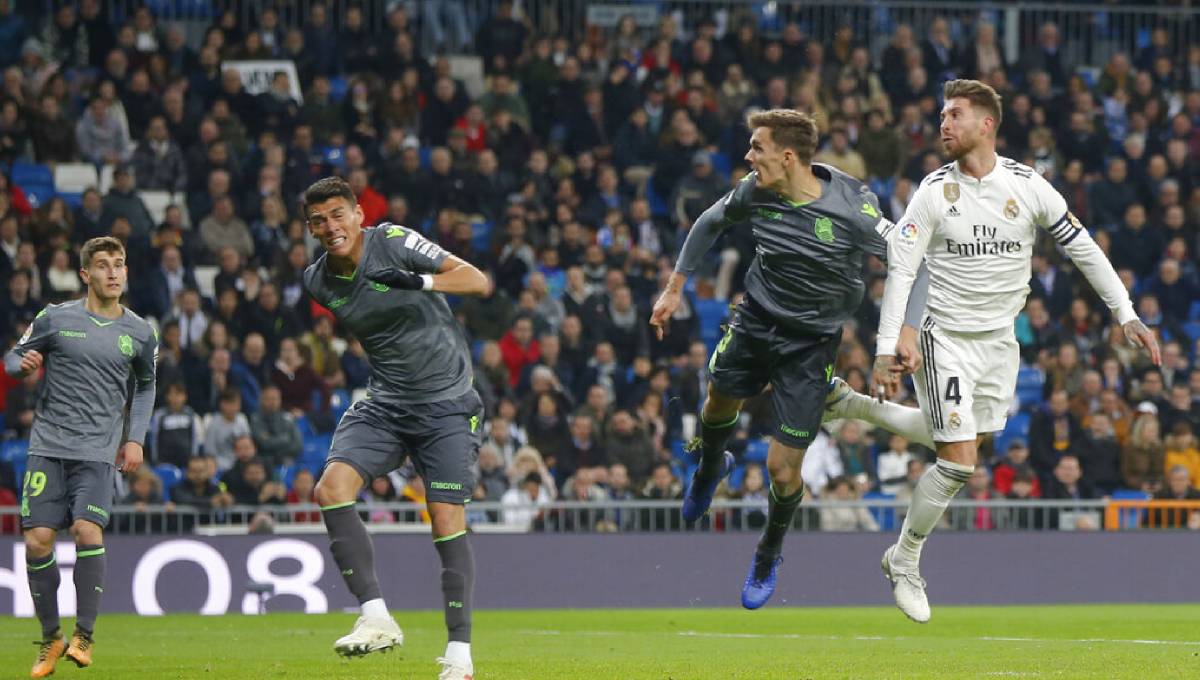 Madrid, Mar 17 : It was like old times at the Santiago Bernabeu Stadium. Zinedine Zidane was back on the bench, and Real Madrid was winning again.

The demanding Madrid crowd could finally rejoice on Saturday as Zidane brought the old guard back and began his second stint as coach with a 2-0 win against relegation-threatened Celta Vigo in the Spanish league.

Francisco “Isco” Alarcon, who had been sidelined by former coach Santiago Solari, and Gareth Bale, a reserve before Zidane’s return, scored to help Madrid end its four-game losing streak at home and recover some pride.

Marco Asensio, another player who had few chances under Solari, set up Isco’s goal while goalkeeper Keylor Navas, back in the starting lineup, made key saves for Madrid.

Zidane’s revamped starting lineup also included Marcelo, another player who had succeeded under the French coach but did not play often with Solari.

“Nobody can erase what these players have done for this club in the past,” Zidane said. “I’ll count on the entire squad, but we know how good Keylor is. I don’t even have to talk about Marcelo, and it’s the same when it comes to Isco. They are all very good players. They have shown it in the past and I will keep counting on them.”

The win moved Madrid within two points of second-place Atletico Madrid, which saw its title chances take a hit after a 2-0 loss at Athletic Bilbao.

Barcelona can open a 10-point lead over Diego Simeone’s team if it wins at Real Betis on Sunday.

Zidane received an ovation from the crowd when his name was announced before the match, and there was an upbeat atmosphere again following demoralizing home losses.

Madrid lost to Barcelona in the Copa del Rey and the Spanish league, and to Ajax in the round of 16 in the Champions League — results that virtually ended the team’s hopes of winning a trophy this season. It had also lost at home to Girona in the league.

“It’s a new beginning,” right back Alvaro Odriozola said. “We are all motivated again.”

Isco netted from close range in the 62nd minute after Asensio fed Karim Benzema inside the area and the French striker set up the scorer in front of goal. Isco was cheered by the crowd when he was substituted a few moments after the goal, his first of the year.

Bale sealed victory with a shot from inside the area in the 77th.

Zidane led Madrid to nine titles in his first stint, including three straight in the Champions League, but quit at the end of last season, saying the club needed a change.He was rehired on Monday to replace Solari, who wasn’t able to keep the team on track in its first season without Cristiano Ronaldo.

“I always feel at home here,” Zidane said. “There’s a great atmosphere and all I’m thinking about is finishing the season on a high.”

Celta, which needed points to have a chance of escaping the relegation zone, has lost 10 of its last 12 matches in all competitions. It is 18th in the 20-team standings with 25 points from 28 matches.

Benzema had a goal disallowed just before halftime because of a foul by Bale, while Luka Modric’s goal in the second half was disallowed on video review because Madrid defender Raphael Varane was offside.

Atletico Madrid followed its midweek elimination by Juventus in the Champions League by losing 2-0 at Athletic Bilbao.

Inaki Williams put the hosts ahead in the 73rd and Kenan Kodro netted in the 85th to move Athletic up to ninth.

Atletico’s loss came despite a lineup that included the attacking trio of Antoine Griezmann, Diego Costa and Alvaro Morata. It had won five in a row before losing 3-0 to Juventus on Tuesday to squander its 2-0 advantage from the first leg in the round of 16.

“We missed a chance to move closer to Barcelona, but it was going to be hard after our poor performance in Turin,” Simeone said.

Alaves moved closer to the final Champions League spot with a 3-1 win at last-place Huesca, moving within a point of fourth-place Getafe, which visits Valencia on Sunday.