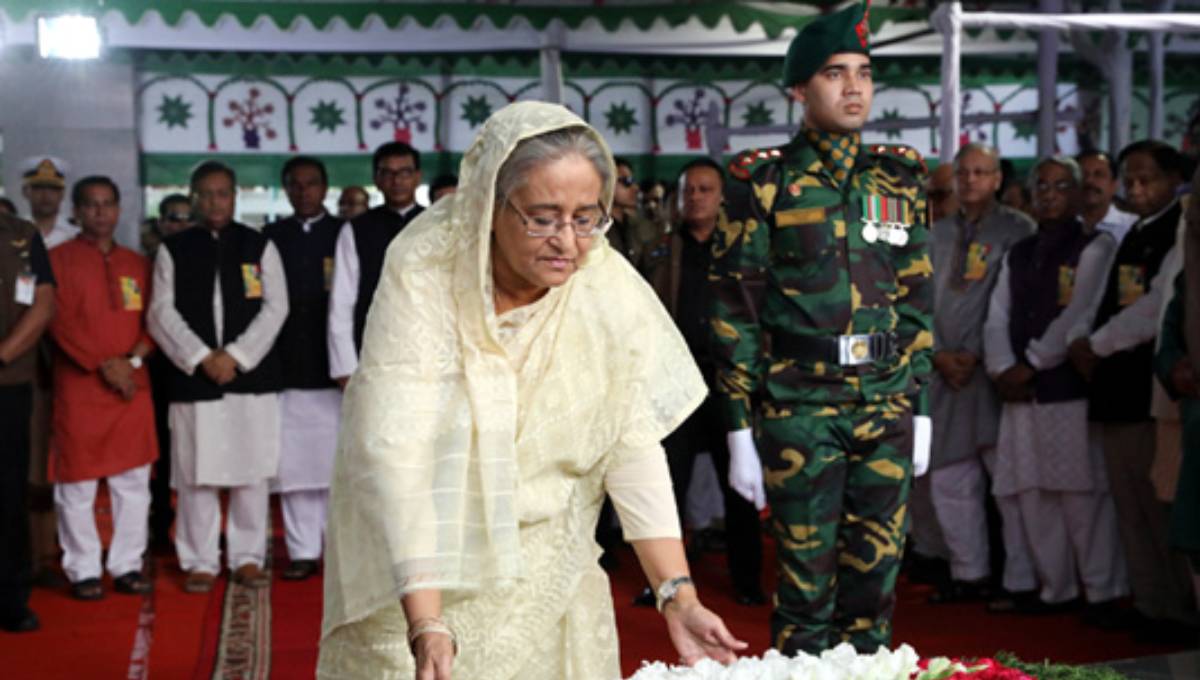 After laying the wreaths, she stood in solemn silence for some time as a mark of profound respect to the memory of the Father of the Nation, the architecture of the independent Bangladesh.

Later, flanked by the central party leaders of Awami League, Sheikh Hasina laid another wreath at the portrait of Bangabandhu on behalf of her party as the president of Bangladesh Awami League.

Later, leaders of associate bodies of Awami League and other sociocultural organisations placed wreaths at the portrait of Bangabandhu.

The birthday of Bangabandhu is being observed across the country today as the National Children’s Day.