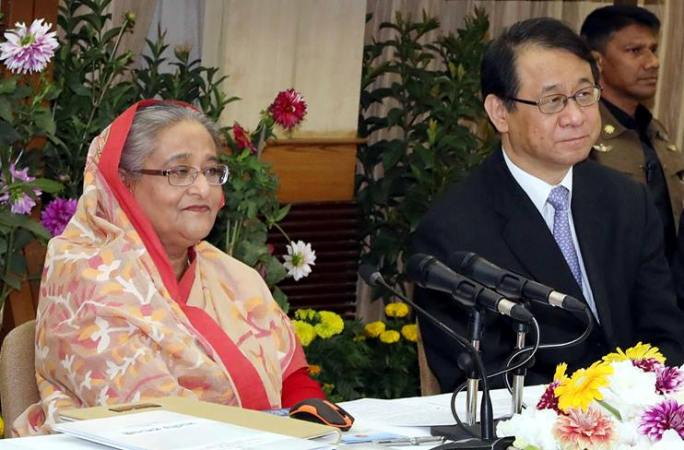 The Prime Minister ordered this while inaugurating the four-lane second Kanchpur Bridge on the Shitalakkhya River, four-lane flyover at Bhulta and a railway overpass at Latifpur on Dhaka-Sylhet Highway through videoconferencing from her official residence Ganobhaban.

Hasina said modern technologies, including cameras and speed-guns, have to be installed to prevent drivers from engraining in racing.

“Accidents on roads have come down as we’ve taken many steps, but we’ve to take more steps,” she said.

In the past, she said, these issues were not addressed properly, but now those are being dealt with properly.

The Prime Minister sharply criticised the people of the country for showing reluctance to traffic rules. “I request all to abide by traffic rules while they are on roads.”

She wondered how people are still unwilling to follow traffic rules despite seeing so many road accidents. “People have the serious lack of patience.”

Mentioning that drivers are being held responsible initially for any type of accident, the Prime Minister said there should also be enquiries to find out the faults of victims.

The Prime Minister also put emphasis on allowing drivers to take enough rest and providing food to them in due time.

She asked bus drivers to always think that they are not alone in the buses as there are many passengers with them.

Hasina asked the authorities concerned to be strict on allowing overweight trucks for plying bridges. “There should be weighing machine at every bridge point…the weight management should strictly be maintained…. otherwise the bridges won’t last longer,” she said.

Later, she talked with a cross-section people of Narayanganj, Rupganj and Gazipur.

2 Bangladeshis killed in Christchurch shooting, not 3