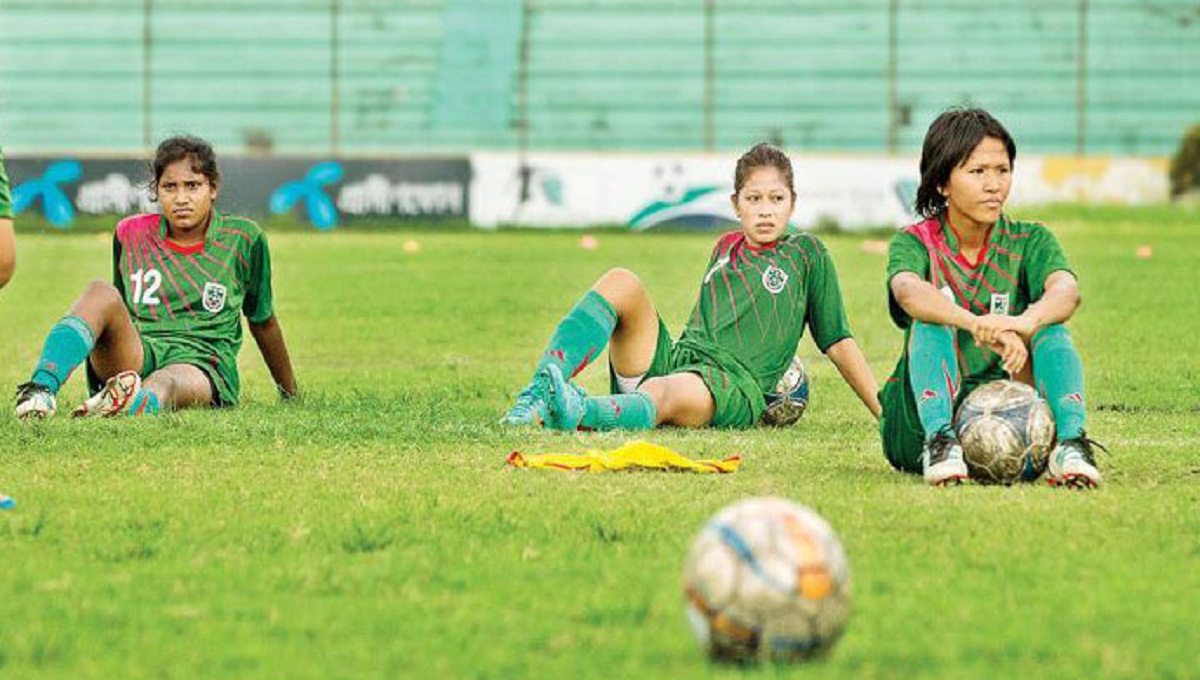 Dhaka, Mar 16 : Bangladesh National Women’s Football Team suffered a 0-3 defeat against hosts Nepal in their 2nd and last Group A match of the six-nation SAFF Women’s Championship at Shahid Rangashala in Biratnagar, Nepal on Saturday.

This was the 3rd defeat for the youthful Bangladesh Women’s team against experienced Nepal in SAFF Championship after conceding 0-3 defeat in the SAFF semifinal in Cox’s Bazar in 2010 and 0-1 goal defeat in the Islamabad SAFF in 2014.

However, Bangladesh played to a one-all draw against the team of the Himalayan country in the Olympic Qualifiers in Myanmar November last year.

Despite the day’s huge defeat, Bangladesh finished group runners-up to reach the semifinal from three-team Group A and is likely to play the 4th time champions India in the first semis on Wednesday (March 20) at the same venue.

With the well merited victory, Nepal not only emerged Group A champions with all win record but also achieved their target of facing an easy opponent in the semifinal, likely to be Sri Lanka.

After the one each Group B matches, four times champions India topped the list outplaying the Maldives by 6-0 goals while Sri Lanka followed them eliminating the Maldives by 2-0 goals. Both the semifinalists–India and Sri Lanka—are scheduled to face each other Saturday evening to decide Group B champions.

In the day’s one sided match, Masura Parvin (suicidal), experienced Sabitra Bhandari and Manjai Yonjan scored one each for the Himalayan nation Nepal within 28 minutes of the match against totally off-colored and inexperienced Bangladesh.

Bangladesh went down in the race in the very 6th minute by a suicidal goal when their nervous defender Masura Parvin sent the ball to her own net while she was trying to foil an opponent attempt (1-0).

Manjali Yonjan sealed the fate of the match scoring the 3rd goal in the 28th minute, off Samba pass (3-0).

In the entire match, Bangladesh managed only one chance in the 63rd minute, but a shot of Sopna nicely grabbed by Nepalese custodian Anjila Subba.

How to take care of plants at home?