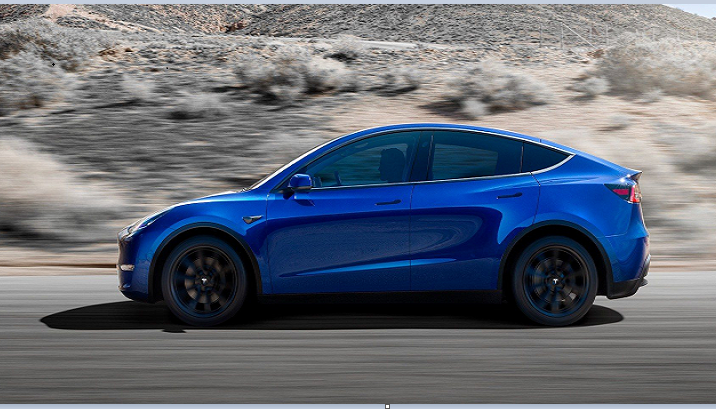 Tesla has officially launched the Model Y at an event in Hawthorne tonight and it came with no big surprises but definitely delivered on specs in the higher end of our expectations.

They announced a Model Y range of up to 300 miles for the compact electric SUV based on the Model 3 platform, which is surprisingly going to offer up to 7 seats.

As anticipated, there’s no big surprise when it comes to Model Y’s design since it is based on Model 3 and meant to be a crossover/compact SUV version of the sedan.

CEO Elon Musk had warned us about that, but it is still quite shocking when seeing Model Y in person.

It took a few seconds for my brain to register that I wasn’t seeing a Model 3 – especially since it was right next to a Model X and a Model 3. It is definitely sitting a little higher than Model 3.

The bigger size enables a total of 66 cubic feet (1.9 cubic meters) of storage space and one of the bigger surprises is that it will indeed have an optional third row for up to 7 seats, which has been rumored.

We have yet to take a good look at the third row (it was folded for the test ride) and Tesla has so far only released picture.

Board will ask for a minimum level of security for any foreign tour: BCB president