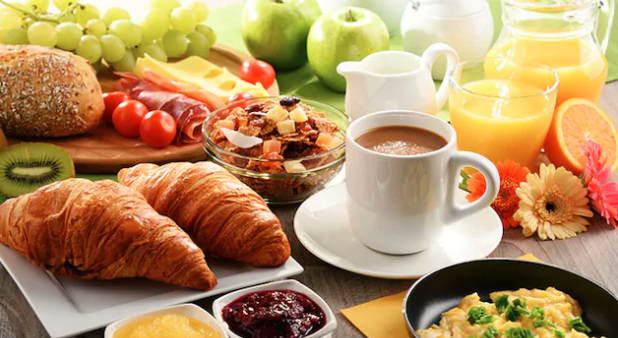 Breakfast is said to be one of the ‘most important’ meals of the day and this belief is often echoed by nutritionists and health experts. Even for losing weight and keeping it off, a number of health experts have said that one should never skip breakfast. But it may have bigger more profound benefits than just weight management.

Two new preliminary studies have said eating a huge breakfast and consuming it anywhere but in front of a TV set are two ways to ensure heart health. The study was conducted among 2,000 middle-aged Greek participants and is due to be presented next week at the American College of Cardiology (ACC) annual meeting. However, results of both the studies cannot be considered definitive, as neither has been published in a peer reviewed journal.

Researchers said that eating at least one-fifth of your daily calorie budget in breakfast may result in lesser plaque buildup and stiffness in arteries, as compared to those who consume a smaller breakfast lower in calories and portion size.

Plaque buildup in neck arteries was also found to more frequent in those who skipped breakfast, as compared to those who ate low-energy breakfast and was the least frequent in those who consumed high-energy breakfast. As far as TV viewing is considered, the second study found that those who were found to be watching over 21 hours of television per week, were 68 percent more likely to have high blood pressure and 50 percent more likely to have high blood sugar levels as compared to those watched seven hours or less worth of TV per week. However, the researchers have clarified that they could not establish a cause and effect’ relationship between the two metabolic issues and watching TV.

The results of these studies should be taken with a pinch of salt, as these have not yet been published in a journal.

Doctors asked to refrain from services at unauthorized hospitals