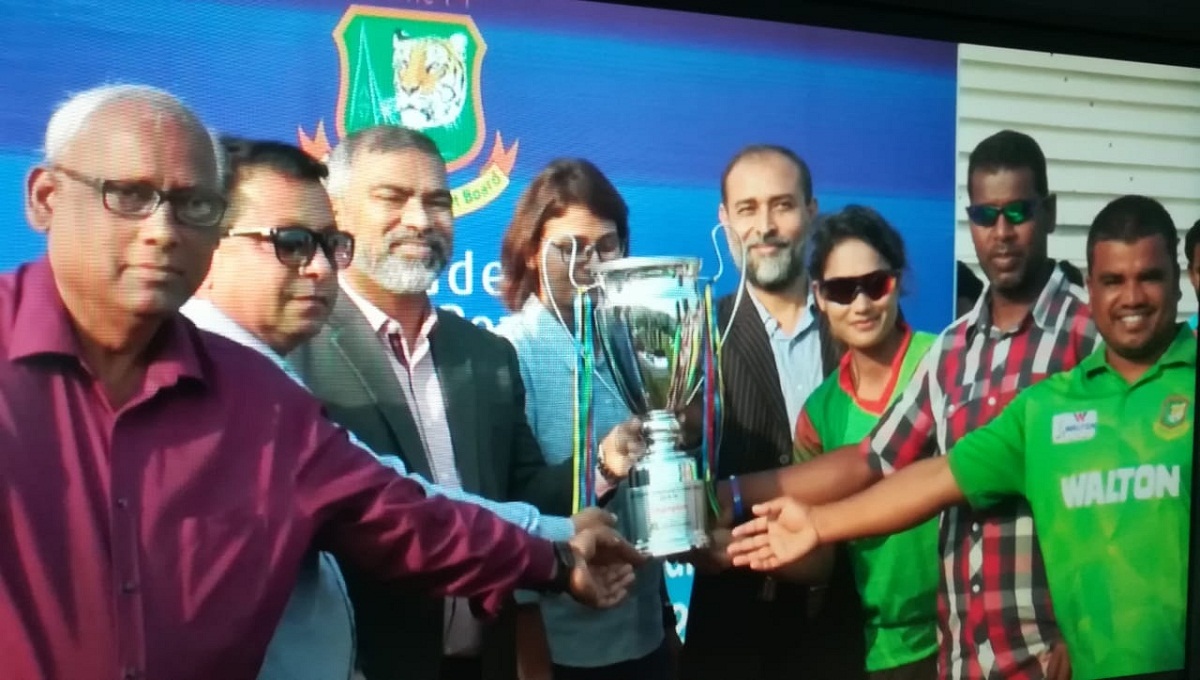 Dhaka Division finished runners-up securing 10 points in the 10th version of the league with the participation of eight divisional teams.

Rumana Ahmed of Khulna Division, who scored 205 runs and grabbed 16 wickets in seven matches, was adjudged the player of the league, Mursheda Khatun Happy of Sylhet Division named as the best batter scoring 414 runs, featuring one century and three half centuries while Rumana Ahmed of Khulna Division and Nahida Akhter of Barisal Division were named as the highest wicket-takers grabbing 16 wickets each.

Shorna, a 14 year-old leg-break bowler of Mymensingh Division, was adjudged the most promising player of the league taking 15 wickets in seven matches.

Man killed in clash over property in Sylhet