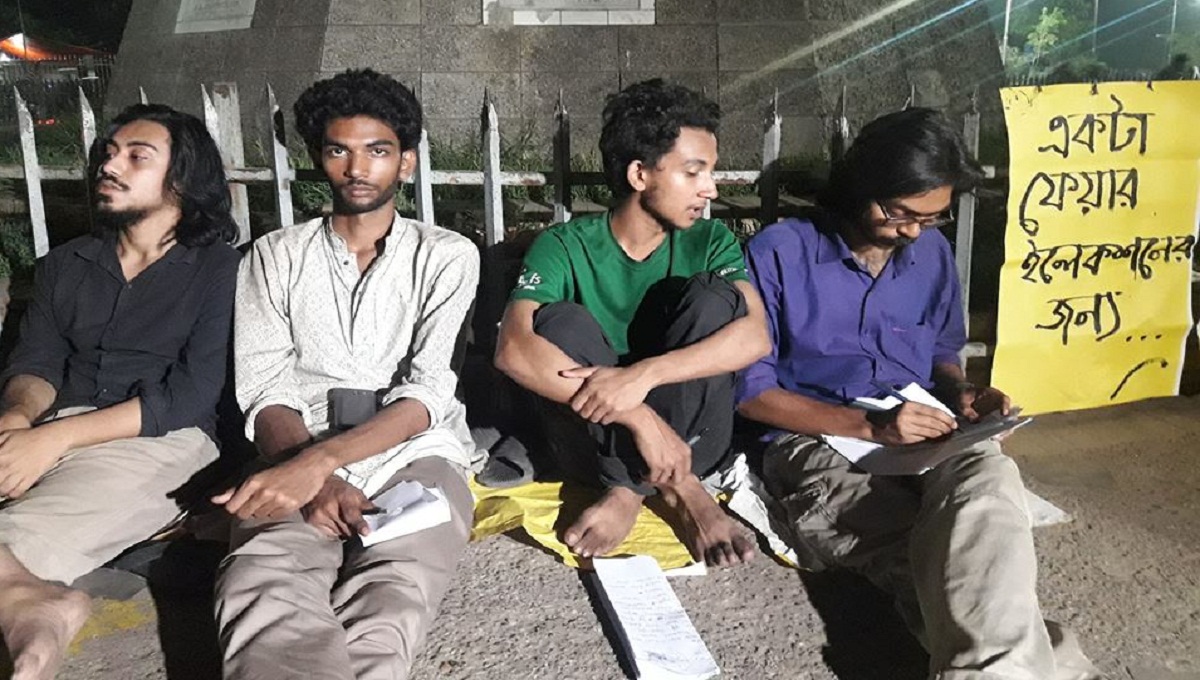 They started the strike at the foot of Raju Sculpture on Tuesday evening and vowed to continue until their demands are met.

Among them, third-year philosophy student Anindya Mondol was a member candidate of Jagannath Hall union.

Roni Hossain, a final-year geography student, is a resident of Bijoy Ekattor Hall. He did not contest the election.

Ducsu polls, the first in 28 years, were marred by allegations of irregularities. All panels, except that of Bangladesh Chhatra League, boycotted the election alleging vote fraud.

VP-elect Nur also demanded reelection to all posts, citing irregularities, and holding them under the supervision of new officials.