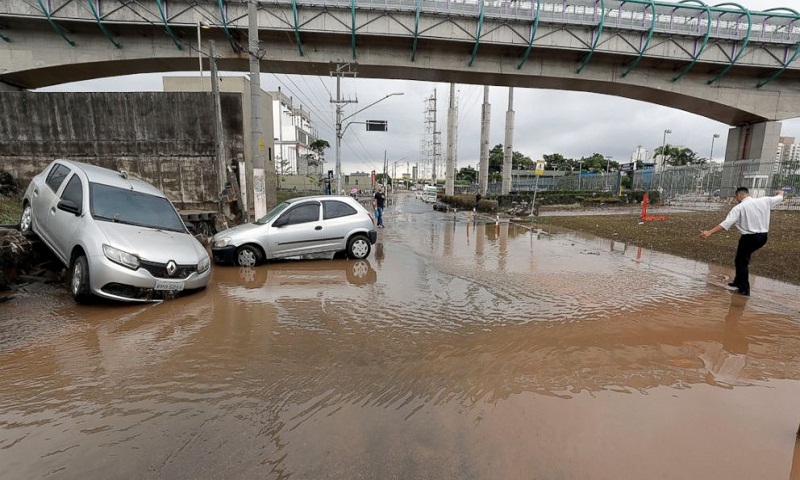 Heavy rains deluged Brazil’s biggest city, causing flooding and other damage that resulted in the deaths of at least 12 people, authorities said Monday. Six people were reported injured.
Sao Paulo’s emergency center said it rained in one day almost a third of all precipitation expected for the entire month of March. Several roads were blocked by mud and destroyed furniture in different parts of the city.

The Sao Paulo state fire department said four people died when a house collapsed in the city of Ribeirao Pires, on the outskirts of the megalopolis.

It also said two people drowned in flooding of the Tamanduatei River and another died in Sao Bernardo do Campo. Other victims died in the cities of Embu das Artes, Santo Andre and Sao Caetano.

Gov. Joao Doria told Sao Paulo residents to stay home if they were in safe areas, but move as quickly as possible if they were not.

“Between losing the shack and life, choose life,” Doria said on the BandNews television channel.