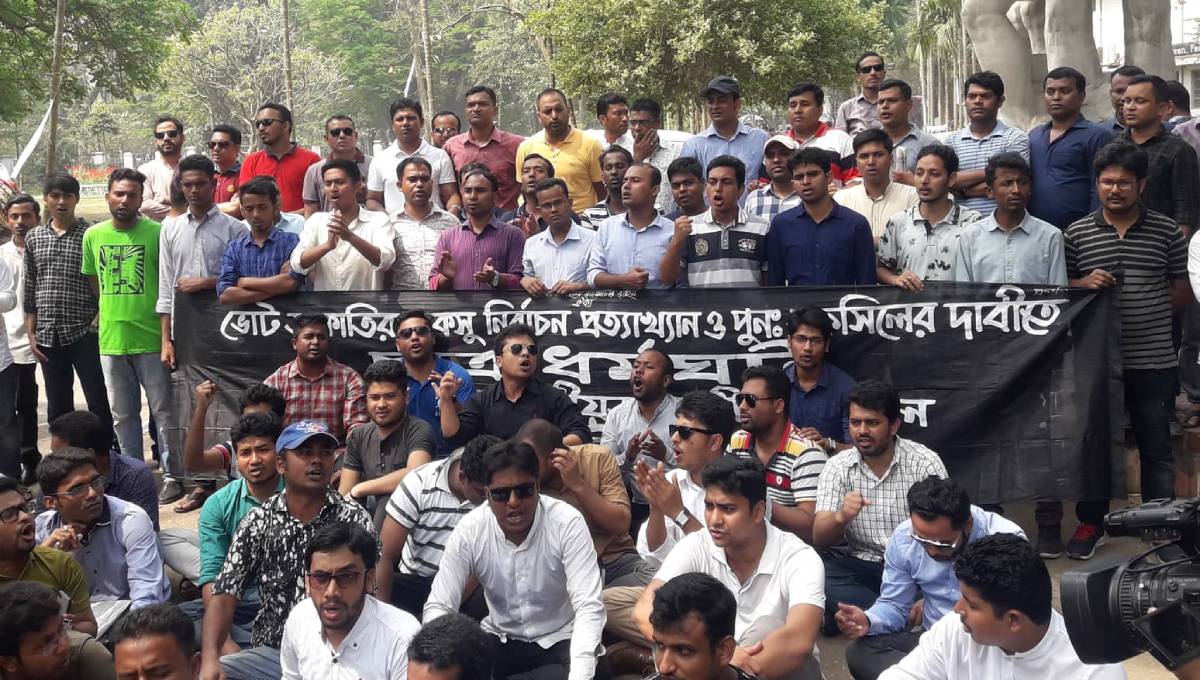 The first Ducsu election in 28 years was marred by allegations of irregularities.

Awami League’s student wing Bangladesh Chhatra League activists have been demonstrating in front of the vice-chancellor’s residence since Tuesday morning.

All the panels except the BCL announced polls boycott alleging irregularities on Monday. But it is unclear whether Nur will take over as VP of the DU student body.

Meanwhile, activists of BNP student front Jatiyatabadi Chhatra Dal are demonstrating in front of the Aparajeyo Bangla demanding reelection, while the leftist panel is protesting in TSC area.

The BCL panel won all the seats except that of the VP and social services.

Ducsu polls were met by criticisms from various quarters, including the current and former students of the university, and political parties, notably the BNP.