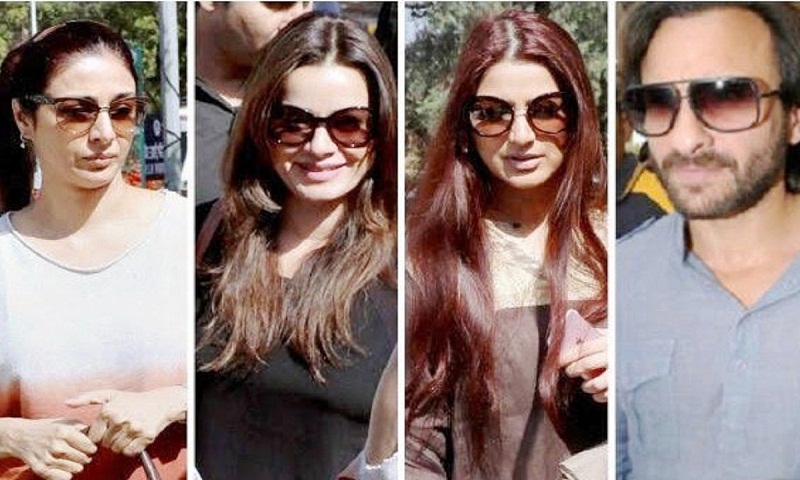 The Jodhpur High Court has issued a notice to film actors Saif Ali Khan, Sonali Bendre, Neelam Kothari, Tabu and Dushyant Singh in the black buck hunting case dating back to 1998, report The Statesman.
The notice was issued on an appeal by the Rajasthan Government challenging their acquittal.

The named actors were acquitted of all charges by the Jodhpur sessions court on April 5, 2018.

The incident occurred when the actors went on a hunting expedition in Kankani, Rajasthan while shooting for Rajshree Pictures’ Hum Saath Saath Hain.

Another actor, Salman Khan, is alleged to have hunted two black bucks on September 26, 1998, at Jodhpur in Rajasthan. He was also part of the cast and crew of the film Hum Saath Saath Hain.

On October 2, 1998, the Bishnoi villagers filed a complaint against Salman Khan and others following which Salman Khan was arrested on October 12, 1998, while the others were granted bail.

Salman Khan was found guilty in April 2006 and convicted under Wildlife Protection Act by a trial court which sentenced him to five years imprisonment and imposed a fine of Rs 25,000. He spent six days in Jodhpur Central Jail.

On July 25, 2016, Salman Khan was acquitted by the Rajasthan High Court saying that there was no evidence to prove that the black bucks hunted were shot by the actor’s gun, the license of which had expired following which the Rajasthan Government moved the Supreme Court on October 19, 2016, challenging the High Court’s decision to acquit Salman Khan.