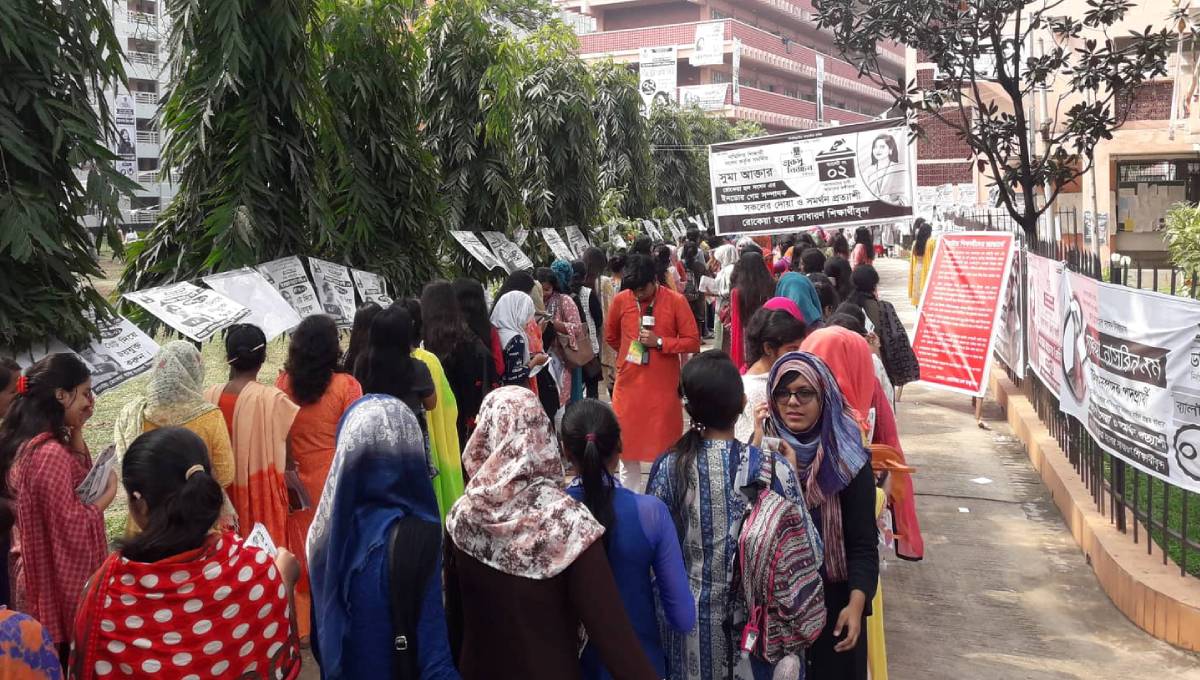 Dhaka, Mar 11 : The voting in the much-awaited election to Dhaka University Central Students’ Union (Ducsu) and its hall unions began on Monday morning.

The voting began at 8am which will continue till 2pm without any break.

The university authorities have already taken all the necessary steps to conduct the polls in a festive manner after a frantic electioneering by all the major student organisations.

A total of 229 candidates are vying for the 25 posts of Ducsu.

In the hall union elections, a total of 509 aspirants are in race for 13 positions in each of 18 residential halls of the university.

According to the university administration, a total of 508 polling booths have been set up in 18 residential dorms for the voting.

Meanwhile, Dhaka Metropolitan Police imposed a restriction on the movement of outsiders and vehicles on the campus for 24 hours from 6 pm on Sunday ahead of the polls.

The last election to Ducsu was held on July 6, 1990.  In the last 28 years, the Dhaka University students could not cast their votes for selecting their representatives as the election process was halted.