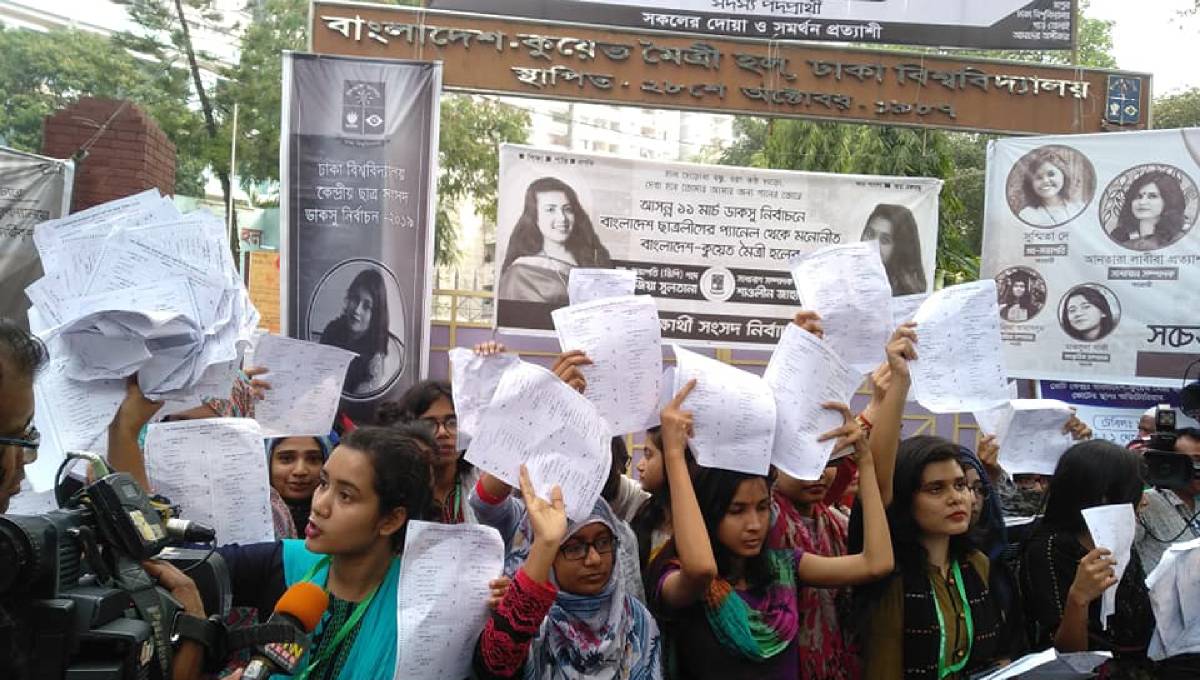 General students came up with the allegation saying that they recovered a sack of ballot from the reading room of the hall on Monday morning which was stuffed overnight.

Later in the morning, the students started staging protests against it.

As the student’s allegation was proved right, the Dhaka University authorities suspended the voting, said the Pro-VC.

The voting in the much-awaited election to Dhaka University Central Students’ Union (Ducsu) and its hall unions began on Monday morning.

Next budget will focus on creating job opportunity: Finance Minister