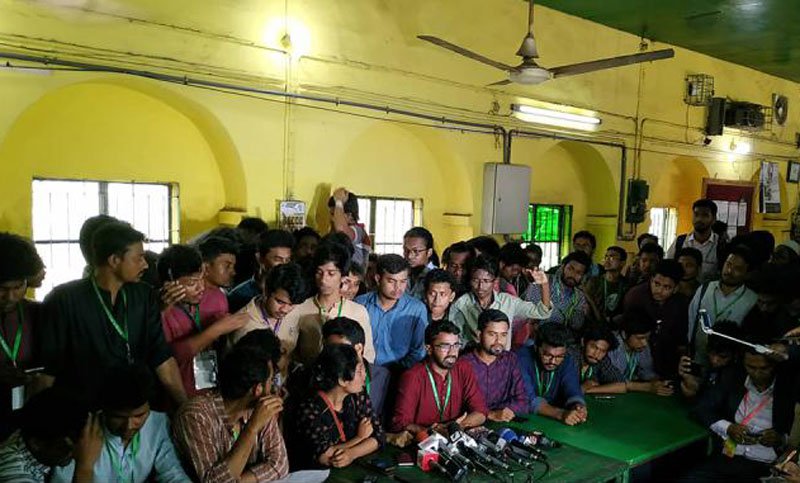 All panels except that of Bangladesh Chhatra League (BCL) on Monday boycotted the election to Dhaka University Central Students’ Union (Ducsu) and its hall unions, bringing allegations of vote fraud.

Leaders of the panels- Left alliance, Quota reform panel, Independent panel,Swadhikar panel and Chhatra Dal panel-announced their decision from a press briefing at Madhur Canteen on the campus at noon.

They announced that they will also observe a class-boycott programme from Tuesday for an indefinite period demanding a fresh schedule for the overdue polls.