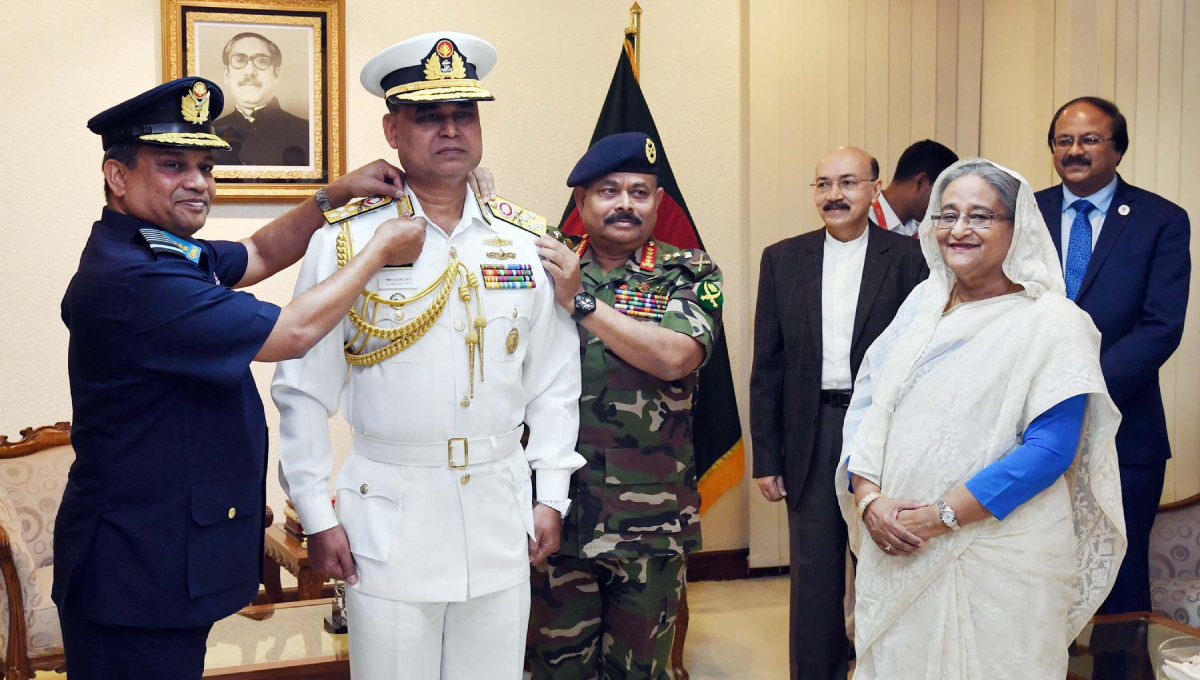 Dhaka, Mar 10 : New Chief of Naval Staff AMMM Aurangzeb Chowdhury on Sunday was adorned with the rank badge of Admiral in the presence of Prime Minister Sheikh Hasina at her office.

After the function, he said, Sheikh Hasina congratulated the new navy chief by presenting a bouquet and wished his success.

The navy chief also greeted the Prime Minister by presenting her with a bouquet.