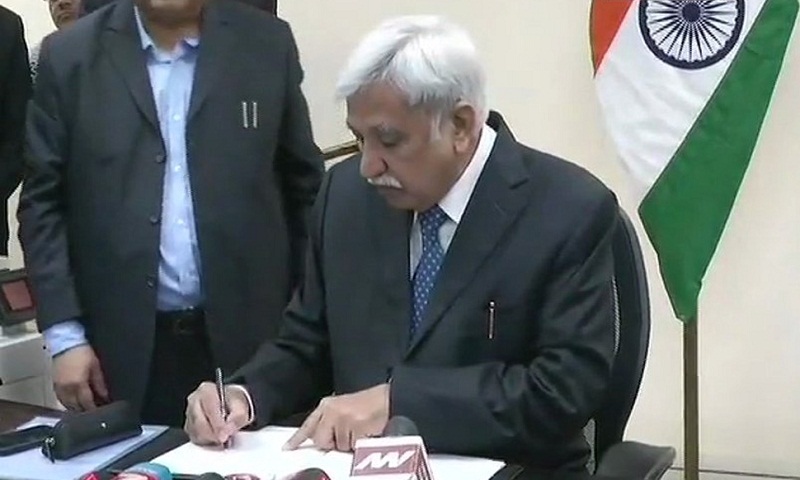 The Election Commission of India will on Sunday announce the schedule of the 2019 Lok Sabha election. The announcement is likely to be made at a press conference at 5 pm on Sunday. The term of the present Lok Sabha ends on June 3, report Zee News.
The EC had on Saturday conducted a review meeting in Delhi as part of preparations for the multi-phase Lok Sabha election. The election could be spread over several phases over the next two months. This is a high probability that the election will be held in 7-8 phases. The model code of conduct will come into effect as soon as the poll dates are announced.There is a strong possibility that the EC may hold assembly elections in Andhra Pradesh, Odisha, Sikkim and Arunachal Pradesh along with the Lok Sabha election. The term of the Sikkim assembly ends on 27 May 2019 while the terms of Andhra Pradesh, Odisha and Arunachal Pradesh assemblies end on June 18, June 11 and June 1 respectively.

Since the Jammu and Kashmir assembly has been dissolved as is under President’s Rule, the EC is bound to hold fresh polls there as well within a six-month period.