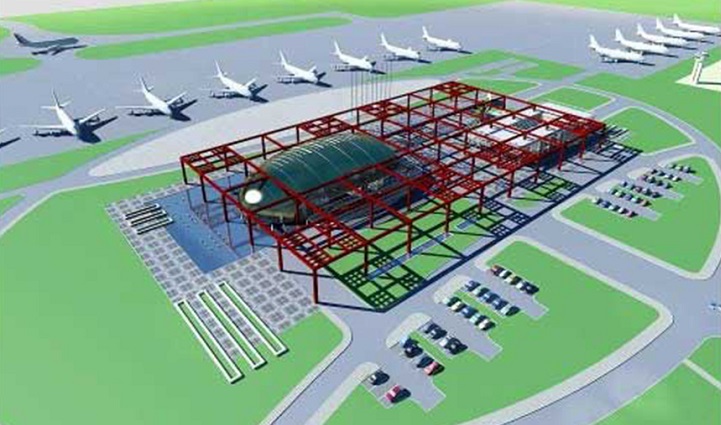 The Bangabandhu International Airport will be constructed near the capital instead of the previously fixed location in Madaripur-Shariatpur region.

Civil Aviation and Tourism Ministry Secretary Mohibul Haque on Sunday disclosed this information to UNB saying that the government has scrapped the project of building the airport at the previously proposed location between Shariatpur and Madaripur due to densely packed households there.

“The Japanese consulting farm Nippon Koei Company Limited suggested the government not build it at the proposed location as more than 8000 families have been living in and around the site area,” said the secretary.

The government high official also said that they have rejected the earlier selected place as the government does not want to relocate such a huge population.

When asked about the new location for the proposed international airport, to be named after Bangladesh’s founding father, Haque said that it will be within 50 to 60 kilometers of the capital.

According to Civil Aviation and Tourism Ministry sources, suitable locations are being searched on the outskirts of Dhaka.

There will be a meeting among the concerned parties including the consulting firm at the ministry to discuss the possible locations, sources added.

The consulting company has already completed feasibility studies of the project at Zajira and Shibchar areas from July 2015 which was supposed to be ended by June this year at a cost of Tk 136.75 crore.

But the Japanese company submitted the report before the time it was due at a cost of Tk 120 crore, saving the government over Tk 16 crore.

Earlier this year, the Civil Aviation and Tourism Ministry asked Nippon Koei Company to search for the new location with the condition of being near Dhaka for the proposed new airport.

India with Bangladesh over Rohingya issue, its envoy tells PM