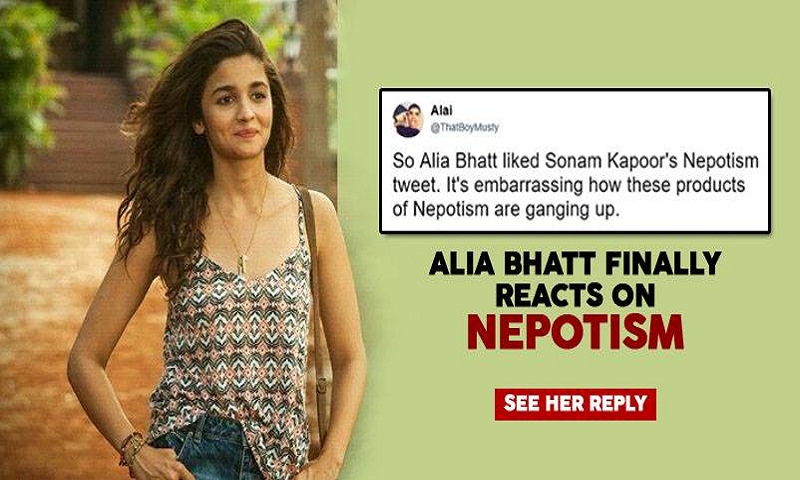 Alia Bhatt is counted among the most talented actors in Bollywood currently. Only 25, but she has already displayed her versatility with working in films like Dear Zindagi, Raazi and now Gully Boy. However, she still has to live with the tag of nepotism.
Alia was recently speaking at the Outlook Business Women of Worth (WOW) Awards 2019 where she fielded questions on nepotism and how star kids have it easy in the Hindi film industry. Speaking about it, she said that while she acknowledged that nepotism was a reality and that the lack of opportunity can be devastating. She also added that, at the end, audience had to like an actor for him or her to thrive and that involved a lot of hard work. She also said she wouldn’t be apologetic for being born into a film family.She said: “Nepotism exists in every field. If you know somebody from a certain field, you will always help them. Having said that, I am so in love with acting and being an actor, I would be devastated if I never got the opportunity. I am in no place to sit and say that they don’t what they are talking about. How can you say that? Of course, it feels terrible if some else is getting an opportunity because of their family. So there is no way to counter that thought. It does exist but having said that, once you come in the foray, so to speak, the audience chooses you. So if you are working, it is not as if you are getting lucky every time. There does go some hard work into that.”

“As I said, there are no negative thoughts. I can’t wake up and say sorry for being born in this family. But I can definitely say that I will work as hard as possible to prove that I deserve to be here.”