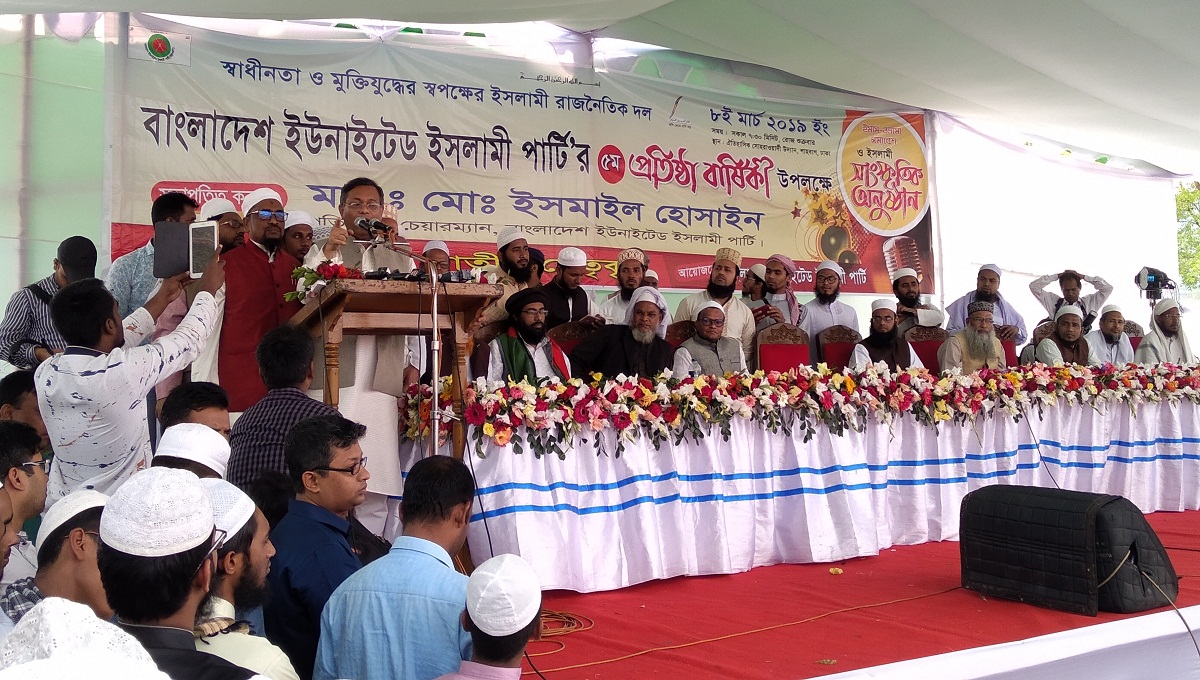 Photo: Information Minister Hasan Mahmud speaks at a programme at Suhrawardy Udyan in the capital.

“The government also provided jobs to the madrasa students,” he said at the 5th anniversary of Bangladesh United Islami Party (BUIP) at Suhrawardy Udyan in the capital.

“We established around 73,000 ‘maktab’-based madrasas. A teacher has been appointed at every ‘maktab’ (pre-school for religious education) and they are getting government salary,” he said.

Mahmud accused the BNP and its ally Jamaat-e-Islami of using Islam for political purposes.

“On the other hand, the Awami League government is setting up mosques in every upazila. The tender process for 250 mosques is complete,” he added.

Minister Mahmud said Prime Minister Sheikh Hasina set up the Imam-Muezzin Trust in 1996. She gave Tk10 crore to the fund after returning to power. “She has fulfilled the Islamic scholars’ demands,” he said.

BUIP founding Chairman Maulana Muhammad Ismail Hossain, and poet Muhib Khan, among others, were present at the programme.