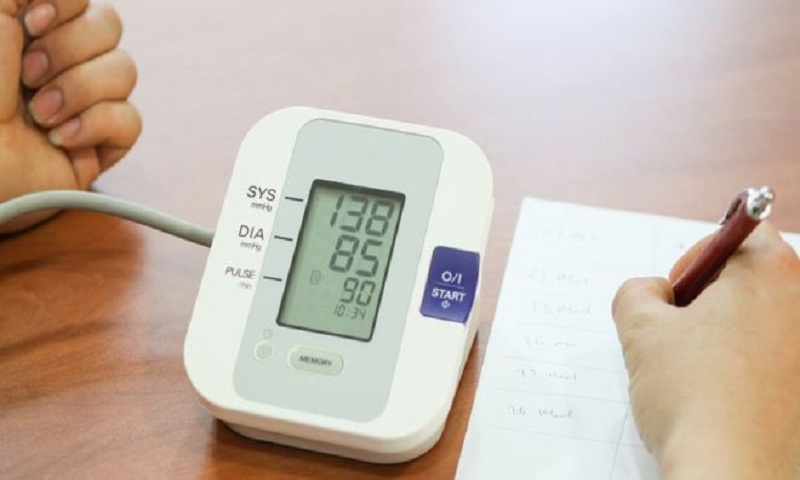 But some GPs expressed concerns about over-diagnosis, saying the benefits could be limited.

And they said lifestyle factors, such as weight control, diet and exercise, all had an important role to play in bringing down blood pressure.

At present, people with high blood pressure – a reading of 140/90mmHg or higher in clinic – are offered treatment if they have a 20% risk of cardiovascular disease over 10 years and are aged under 80..

The draft guidelines, announced by the National Institute for Health and Clinical Excellence (NICE), recommend that people with a 10% risk should now qualify.

This assessment score is based on a blood test several risk factors, including:

NICE said it was difficult to predict the impact of lowering the threshold because some people in this group may already be taking blood-pressure-lowering drugs.

The long-term plan for the NHS in England contains a commitment to diagnosing high blood pressure earlier and saving lives from heart attacks and strokes.

High blood pressure affects more than one in four adults in England, accounts for more than one in 10 visits to GPs and contributes to 75,000 deaths every year – but millions of people are thought to go undiagnosed.

Metabolic medicine consultant Anthony Wierzbicki, who chairs the NICE guideline committee, said high blood pressure was “by far the biggest preventable cause of death and disability in the UK through strokes, heart attacks and heart failure”.

“A rigorous evaluation of new evidence has resulted in updated recommendations around when to treat raised blood pressure that have the potential to make a real difference to the lives of many thousands of people with the condition,” he added.

Prof Helen Stokes-Lampard, who chairs the Royal College of GPs, said the decision to lower the threshold for a diagnosis of hypertension, or high blood pressure, “must not be taken lightly and must be evidence-based”.

She added: “GPs are highly trained to prescribe taking into account the guidelines but also the circumstances of the individual patient sitting in front of them, including physical, physiological and social factors that might be affecting their health.”

But other experts said the guidelines did not go far enough.

“Much lower blood pressure targets are required and multiple drugs need to be used right from the start, if patients are to achieve the largest reduction in the risks of stroke and heart attack,” said Prof Stephen MacMahon, from the University of Oxford.

The draft guidelines are open for public consultation until 23 April and final guidance is expected to be published in August.