Farhan Akhtar confirms April or May wedding with Shibani 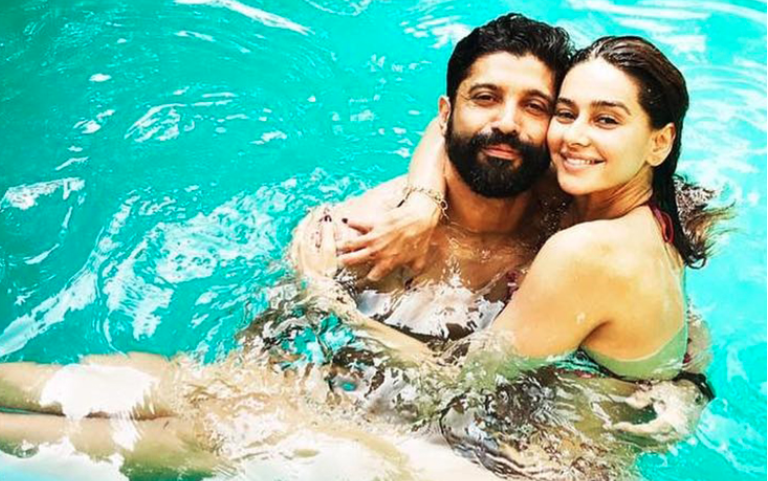 Farhan spoke about it to actress Bhumi Pednekar in an episode of ‘Tape Cast Season 2’, presented by Grey Goose.
Bhumi picked a ‘Do not play’ casette, which had a pre-recorded question from Farhan.
The question was: “Hey Farhan… Are we getting married in April or May? Can you please let me know because I am very confused”.

When Bhumi asked Farhan to give a little introduction about the voice, Farhan said: “That was Shibani, who I think has been having a lot of fun with a lot of news that’s going around currently about us looking for wedding planners, looking for venues.”
“Are you though?” prodded Bhumi.
In a smart response, Farhan said: “I don’t know it maybe April or April be ‘May’
Bhumi then appreciated Shibani’s beauty, and that led Farhan to open up a bit more on her.

“She is an amazing woman. It’s been very special, the last year… You know we’ve been getting to know each other and I couldn’t be happier about it. But with the social media world again, we are constantly being told about the things we should be doing.

“But yeah, I have never felt so comfortable to share my personal stuff, but I don’t know, I just feel like somehow with celebrating all this, it just feels very natural to me,” Farhan said.

Farhan was married to celebrity hairstylist Adhuna Bhabani for 16 years, before announcing their separation in 2016. Together, they have two daughters Shakya and Akira.

“Tape Cast”, presented by Grey Goose, is a web series that unravels the working of two great minds through an off-script conversation.