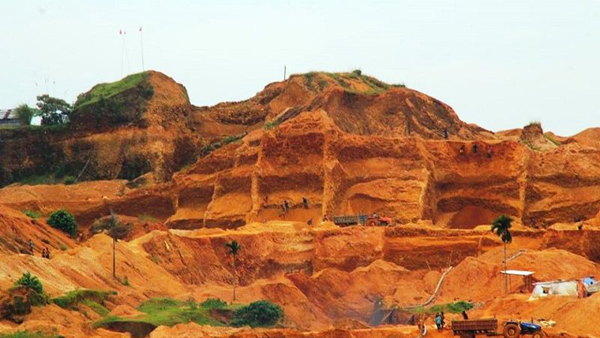 Sylhet Office : A stone worker was killed in a hill collapsed while extracting stones at Shah Arefin Tila in Companiganj upazila on Wednesday.

The deceased was identified as Akkel Ali, 25, son of Majnu Mia of Bishwambarpur  upazila in Sunamganj district.

Tajul Islam, officer-in-charge of Companiganj Police Station, said a chunk of mud collapsed on Akkal Mia while he was extracting stones from the hill, leaving him injured.

Later, he was taken to a local hospital where the doctors declared him dead.

Bijan Banerjee, UNO of Companiganj upazila, said eight payloader machine were destroyed during a drive against illegal stone extraction on Tuesday and legal action will be taken against the owners of the hills.