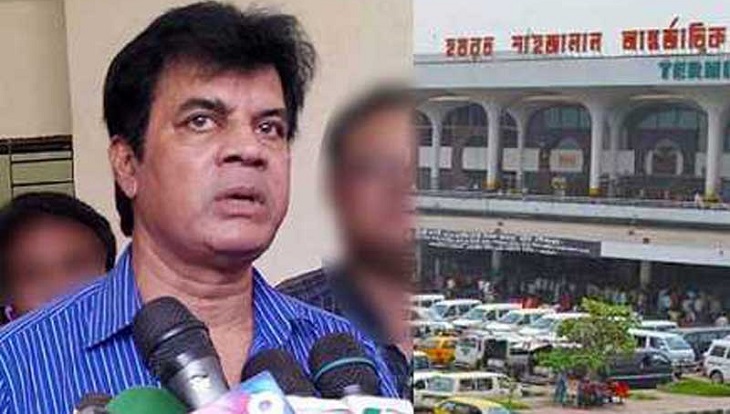 The Civil Aviation Authority of Bangladesh (CAAB) on Wednesday suspended one of its officials for negligence of duty as film star Ilias Kanchan passed security check with a bag containing his revolver at Hazrat Shahjalal International Airport in Dhaka on Tuesday.

Quoting CAAB Chairman Air Vice Marshal M Naim Hassan said that they have been investigating into the incident and on-duty operator Fazlar Rahman was suspended over the issue.

However, the former film star and an activist demanding road safety told this correspondent that the breach was “unintentional” and in the first scanning the gun was not detected while he was going to Chattogram from Dhaka.

Meanwhile, Md Mohibul Haque, secretary to Ministry of Civil Aviation and Tourism, said that the revolver was spotted by the on-duty security officials during second scanning of Ilias Kanchan’s luggage.

They immediately brought it to Kanchan’s notice and he admitted that he was carrying a licensed gun, he added.

But the film star denied it saying, “During the second scanning after getting the boarding pass, suddenly I could recall that I had a gun in my bag and immediately I informed it to the security officer.”