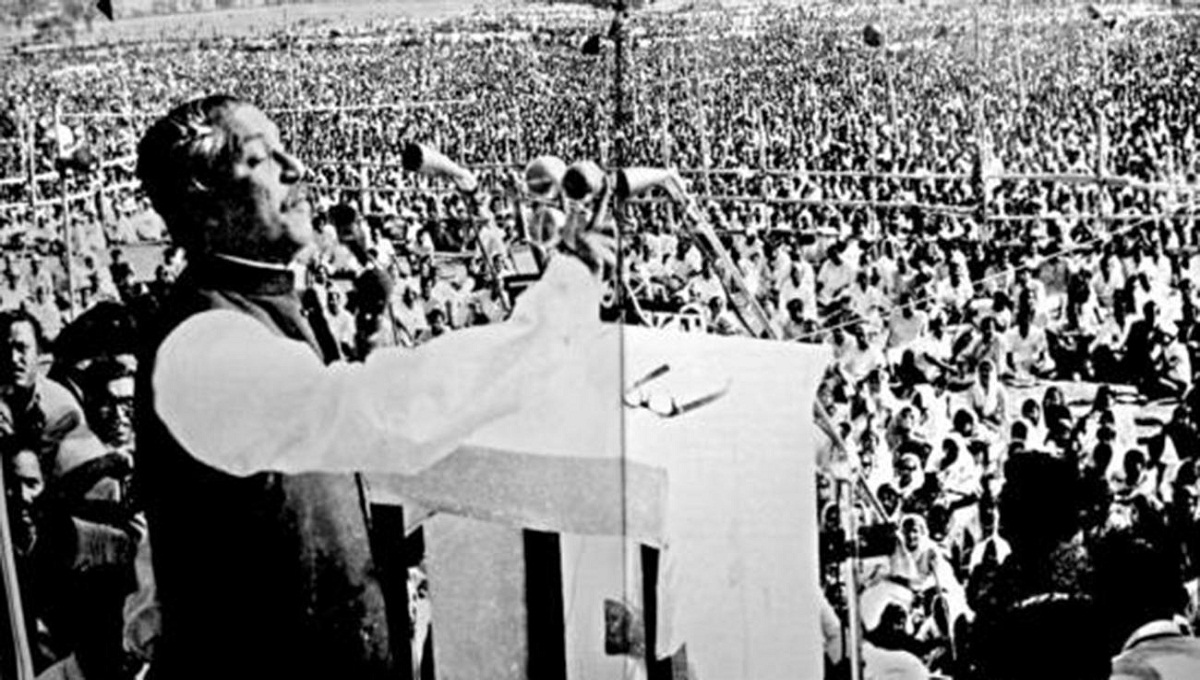 Dhaka, Mar 7  : The historic March 7, a memorable day in the history of Bangalis’ long arduous freedom struggle, is being observed across the country on Thursday with elaborate programs.

On this day in 1971, Bangabandhu, the undisputed leader of Bangalis, had delivered his epoch-making speech of independence before a mammoth rally at the historic Racecourse Maidan, now Suhrawardy Udyan, in Dhaka city.

In his 19-minute extempore speech before a million freedom-loving people, Bangabandhu had made a clarion call for a non-cooperation movement asking the nation to prepare for the war of independence to liberate the country from the exploitative Pakistan regime.

In his speech, compared with US President Abraham Lincoln’s historic Gettysburg speech, Bangabandhu said: “Since we have learnt to give blood, we’ll give more blood. Insha Allah, the people of this country must be liberated…Turn every house into a fort. Face (the enemy) with whatever you have.” His speech worked like a magic spell inspiring the entire Bangali nation to join in the struggle for independence from the autocratic and repressive rule of the then Pakistani military junta.

Prime Minister Sheikh Hasina paid rich tributes to Father of the Nation Bangabandhu Sheikh Mujibur Rahman by placing wreaths at his portrait in front of Bangabandhu Memorial Museum at Dhanmondi in the morning.

After laying wreath, she stood in solemn silence for some time as a mark of respect to the memory of Bangabandhu, the architect of the independence.

Flanked by central leaders of the party, Sheikh Hasina, also the president of Bangladesh Awami League (AL), placed another wreath at the portrait of the Father of the Nation on behalf of her party.

Awami League and different socio-political and cultural organizations have chalked out elaborate programs to observe the day in a befitting manner.

The ruling party will also hold a public rally at Suhrawardy Udyan on the occasion later in the day.

In a message, the president said: “Bangabandhu’s dream was to turn Bangladesh into ‘Sonar Bangla’. We should take steps to fulfill the dream of the Father of the Nation.”

In her message, the prime minister said: “The historic speech of the Father of the Nation was the source of the immeasurable strength during the Liberation War. The everlasting speech will inspire the deprived, engrossed and freedom seeking people of the world.”