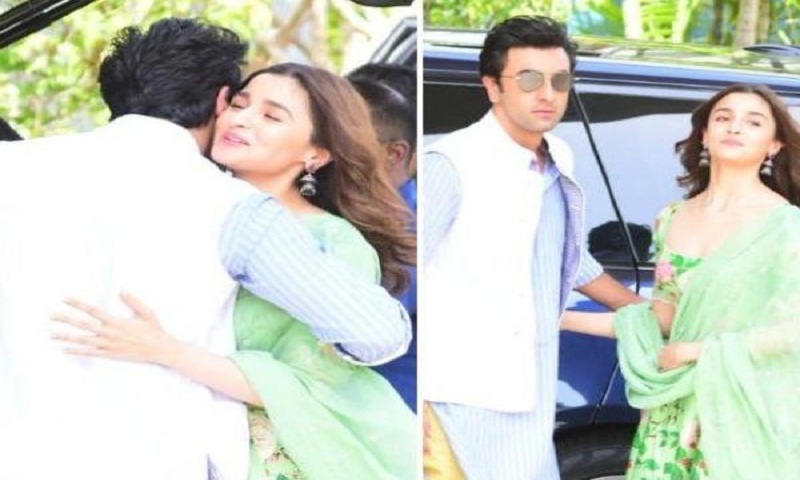 Alia Bhatt, who is currently gearing up for the promotion of Brahmastra opposite Ranbir Kapoor, has reacted to rumours that she plans to live with boyfriend Ranbir. Recent media reports claimed Alia had a bought a new house and plans to shift to the new abode with Ranbir, report Hindustan Times.
Reacting to the reports that the new house is a “love nest” for the Brahmastra co-stars, Alia told BollywoodHungama, “Nothing of the sort. It is a place I’ve bought as my office space. Yes, I’ve started my own production house. I’ve named it Eternal Sunshine Productions. Do you like it?”

“Firstly, I bought this home where I live very close to my parent’s home so that I could be close to my parents and sister. I wouldn’t like that to change. Secondly, I built my home brick by brick all my own. Every piece of furniture in the house every knickknack is selected personally by me. This is where I live. This is my home. That won’t change,” she added.

Alia and Ranbir have been dating for almost a year. Earlier, Alia had dismissed reports that the two had a tiff at the Gully Boy screening with the comment that she was “Valentining” that day. Alia and Ranbir will be seen together in Ayan Mukerji’s next film Brahmastra; it is be their first film together. She said she doesn’t mind accepting her relationship. “Times change and I have also grown up. I think I’ve matured a lot in the last few years. I don’t want to deny my relationship because there’s no need to.”