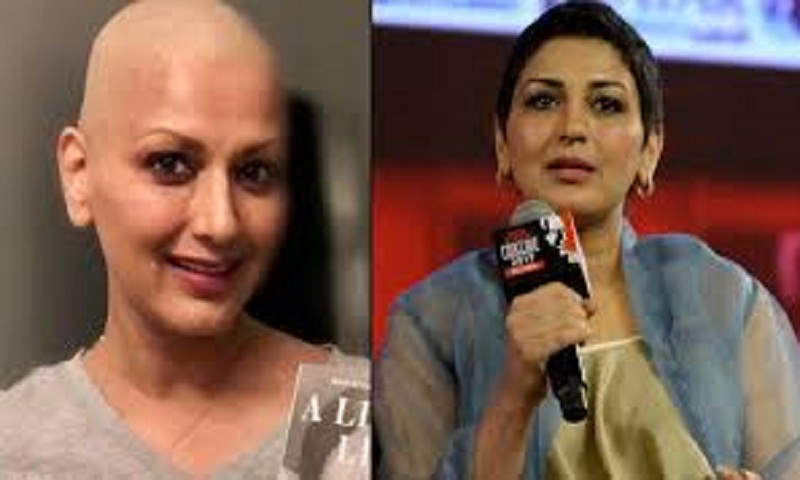 Bollywood actor Sonali Bendre, who was diagnosed with cancer last year and was treated for the disease in the United States for five months, has confessed she feared her “brand” was over when she got to know about her diagnosis. However, with time, she realised it wasn’t her fault and she should talk about it. She also said she is “not going to be a martyr or a victim”, report Hindustan Times.
Talking to Vogue India in an interview, Sonali said, “My first thought was to hide it because it was a disease. I thought my ‘brand’ is over—all along I had been endorsing healthy eating and health-focused products, and suddenly it was all gone. It was only when my oncologist said that I had fourth-stage cancer and a 30% chance that my whole world view changed. Suddenly I didn’t see any reason not to talk about it. I had done nothing wrong; it was not my fault I had cancer, so why was I hiding it?”

Talking about the time she decided to shave her head, Sonali said, “It was that very typical meltdown-in-a-shower scene. There was nothing new about it—it was exactly how you see it in books and movies, where the protagonist takes a razor and shaves it off…” She said it was nothing like she’d imagined. “I wanted to write a new story, but it was the same old scene. My idea was to go for a haircut with my girlfriends, open a bottle of champagne and toast to the one glass I was allowed to have before I shaved my head! So that scene remains.”

Revealing her diagnosis, Sonali had written an emotional post on Twitter in July last year, “Sometimes, when you least expect it, life throws you a curveball. I have recently been diagnosed with a high grade cancer that has metastised, which we frankly did not see coming. A niggling pain led to some tests, which led to this unexpected diagnosis. My family and close friends have rallied around me, providing the best support system that anyone can ask for.”

She wrote that instead of trying to protect her son, Ranveer from reality, she and husband Goldie Behl decided to be honest with him. “As much as we wanted to protect him, we knew it was important to tell him the full facts. We’ve always been open and honest with him and this time it wasn’t going to be different. He took the news so maturely… and instantly became a source of strength and positivity for me. In some situations now, he even reverses roles and takes on being the parent, reminding me of things I need to do!”