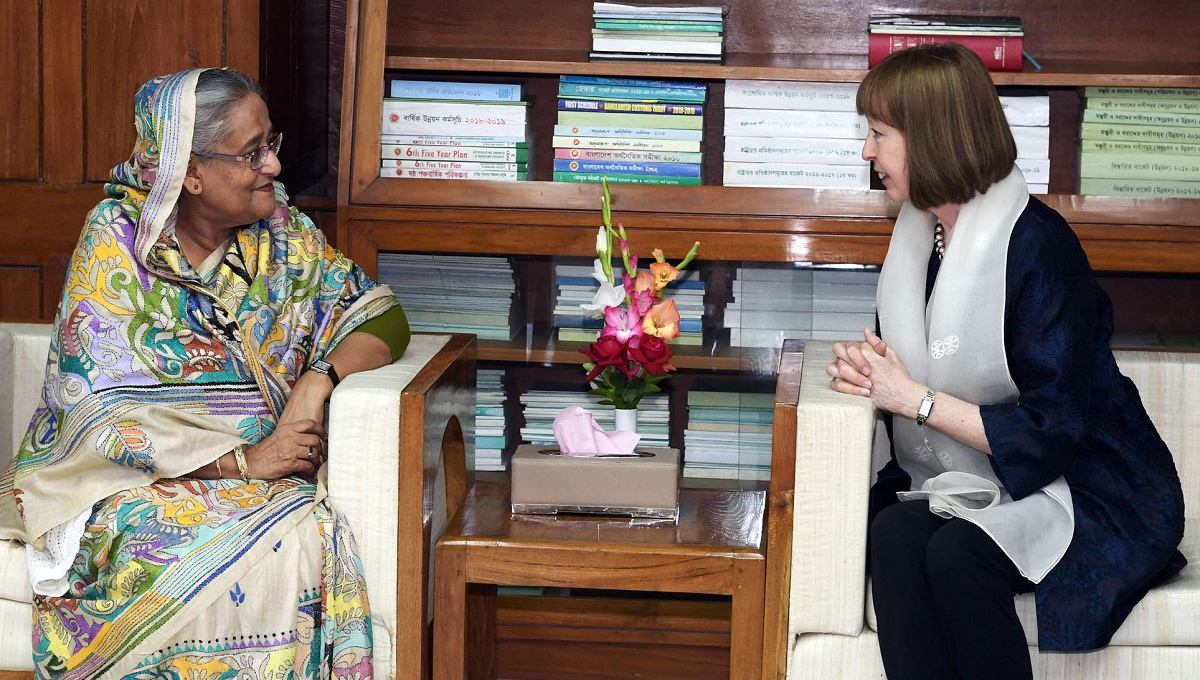 Dhaka, Mar 5 : Prime Minister Sheikh Hasina on Tuesday sought cooperation from the UK in constructing railway lines from Padma Bridge to Payra Port saying that the UK has huge experiences in railway sector.

The Prime Minister said this when outgoing UK High Commissioner Alison Blake met her at her Jatiya Sangsad office.

In reply, the Prime Minister said it was initially a tough job for empowering women, but now it is going on as things are on track.

Sheikh Hasina and Alison Blake expressed satisfaction over the existing relations between the two countries.

The Prime Minister recalled that Bangabandhu first landed in London in 1972 after his release from Pakistani jail and had a meeting with then UK Prime Minister Edward Heath.

Alison Blake said her country will work with Bangladesh on the climate change issue.

Hillary Clinton says she won’t run for president in 2020