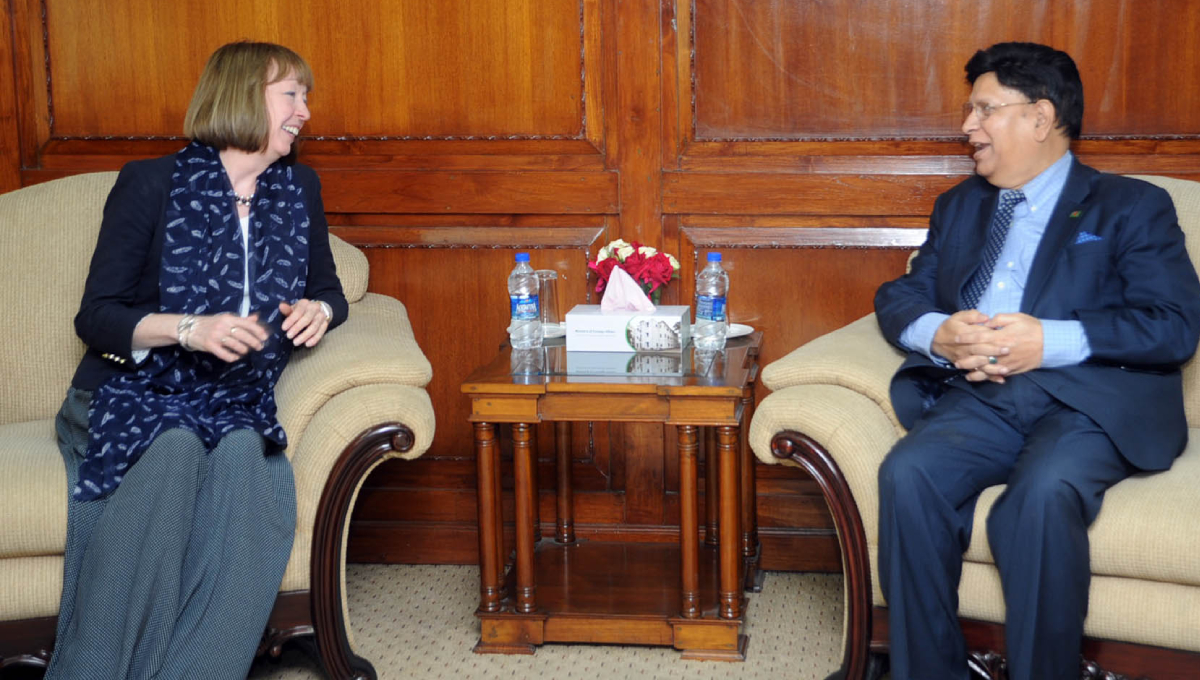 Dhaka, Mar 5 : The third ‘strategic dialogue’ between Bangladesh and the UK will be held here in April this year.

Outgoing British High Commissioner Alison Blake described it as a “wonderful framework” for in-depth review of bilateral relations between the two countries.

The UK and Bangladesh held their second strategic dialogue on March 15, 2018 at the Foreign and Commonwealth Office in London that involved a “fruitful exchange” of views on political, bilateral issues, economic and development cooperation, security and defence cooperation, and exchanges on current global issues, including the Rohingya crisis.

He sought her continued support to encourage more investment by the UK companies in Bangladesh.
Referring to more than half a million strong British-Bangladeshis in the UK, mostly from Sylhet, he also urged the High Commissioner to make UK visa processing more hassle free.

The British High Commissioner thanked the Foreign Minister for all the support she received from the Ministry of Foreign Affairs and the government, as a whole.

On Foreign Minister’s reference to post-Brexit trade preferences for Bangladesh, the British High Commissioner reassured that Bangladesh would continue to enjoy EU’s Everything But Arms (EBA) like trade preferences until an even better deal is being worked out between the two countries, according to MoFA.

The Foreign Minister thanked the British High Commissioner for playing a pivotal role in mobilising strong UK leadership at the global level for finding a sustainable and peaceful solution to the Rohingya crisis.

High Commissioner Blake also met State Minister for Foreign Affairs M Shahriar Alam and thanked him for all the support during her tenure in Bangladesh.

They exchanged views on current political relations, including a high number of incoming visits from the UK over past few years, Rohingya crisis, countering terrorism and upcoming Cricket World Cup in the UK.

She is scheduled to depart the country on March 7 after the end of her tour of duty.

Khaleda Zia to be brought to BSMMU ‘soon’ for tests