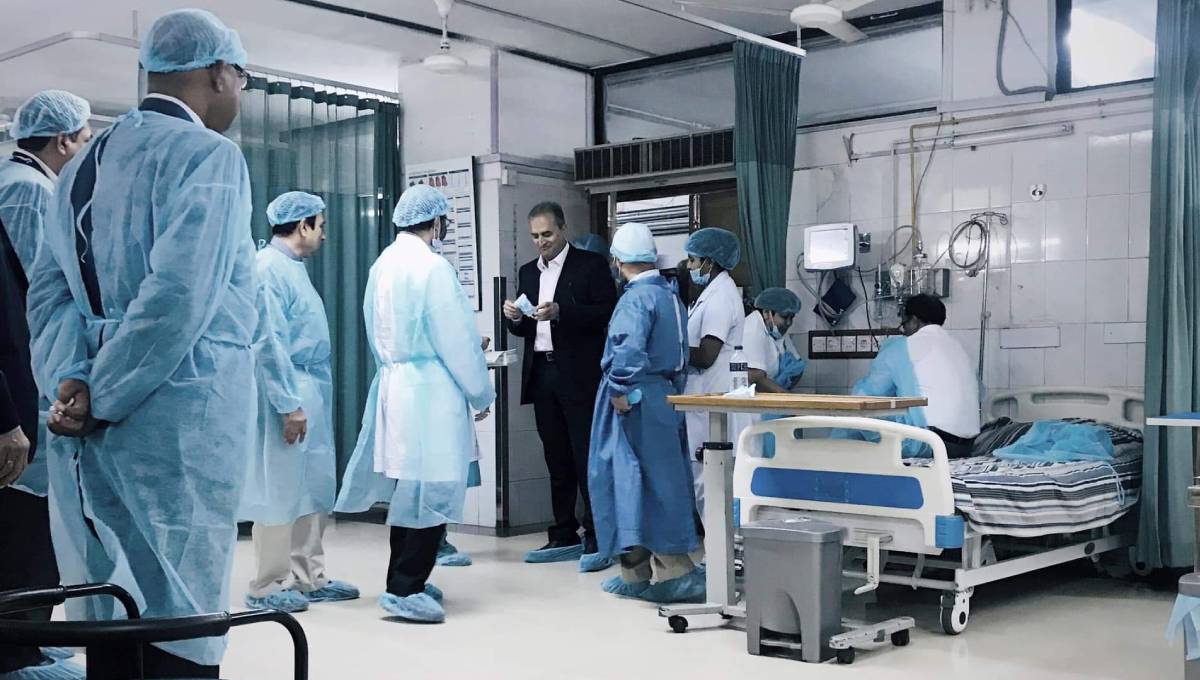 The Indian physician arrived at Shahajalal International Airport at 12:45 pm on Monday and then straight went to the hospital from the airport, said Airport Director captain Abdullah Al Faruk.

The medical board will decide whether the minister will be taken to Singapore, he said while talking to reporters after visiting Quader at the hospital in the morning..

Obaidul Quader was admitted to the CCU of the hospital on Sunday morning following his breathing complications.

PM calls on army to be vigilant against internal, external threats